Jimmy Wajigi Speaks After Being Released From Police custody, Sends This Message to his Rivals

By TrendingNews_254 (self media writer) | 4 months ago 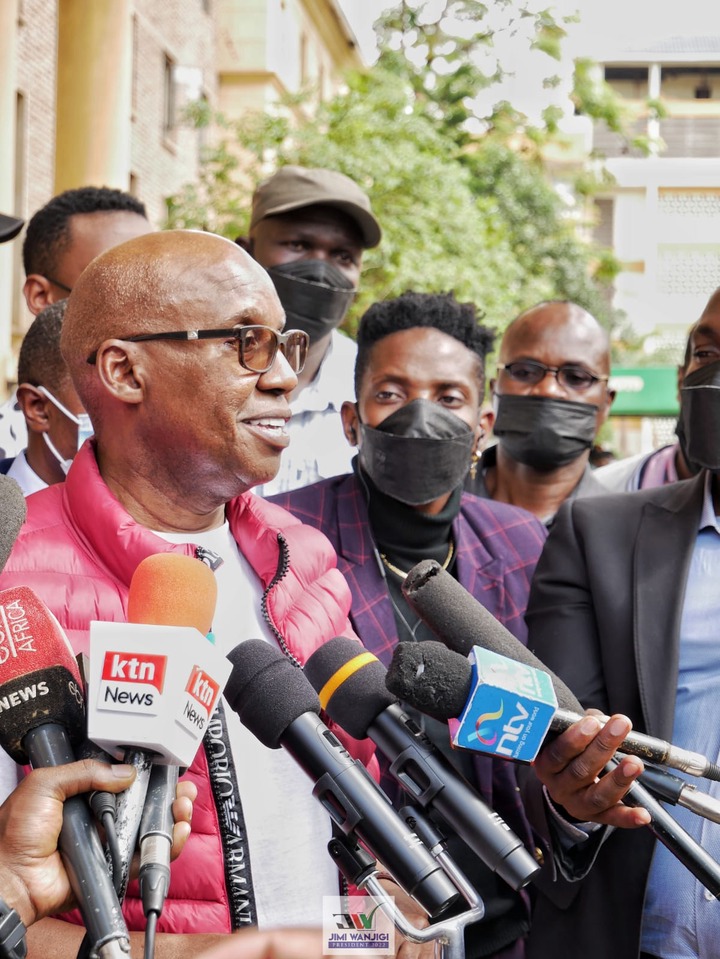 Renown Kenyan Businessman Jimmy Wajigi has been released from Police custody on Wednesday, January 19 after spending a night at Kamukuji Police station over allegations that together with his wife they obtained 54M by false pretense.

During the press briefing, the latter stood on his ground insisting that his arrest was a form of injustice peddled by his former ally Raila Odinga through the state machineries. The 2022 presidential aspirant Billionaire Jimmy Wanjigi further send a warning to his rivals that for him to be released, there was no plea, no charges or bond adding that in the end they will trumph. 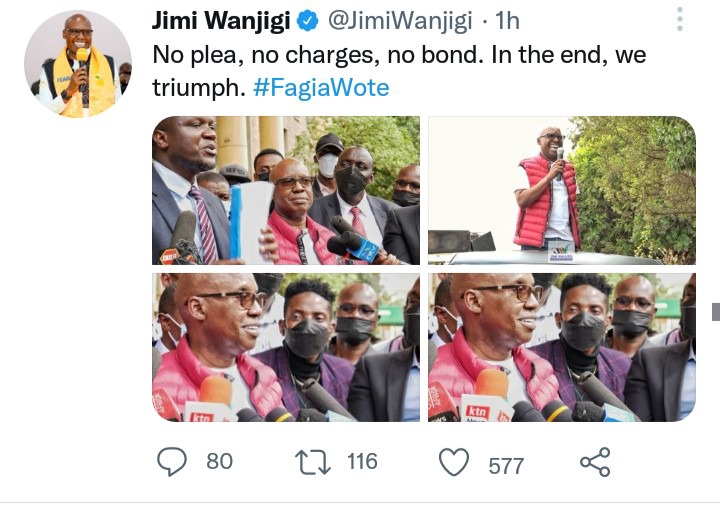 The renown Kenyan tycoon Mr Wajigi was once campaigning for Orange Democratic Movement Party leader Raila Odinga but this time round he has decided to vie for President because he claims that the ODM boss honourable Raila Odinga betrayed him when he was supporting him.

Rowdy supporters of Jimmy Wajigi were crowded at the Kamukuji Police station where he was held. They were chanting "we want Jimmy we don't want money". He has gained popularity over the past few years that he has been into politics.

Hilarious Cartoon Photos Of Raila And William Ruto Political Situation, That Will Make Your Day

What Ruto Did That Drove Waluke Away, Explained by a Top CS