By ExpoNews (self media writer) | 1 month ago 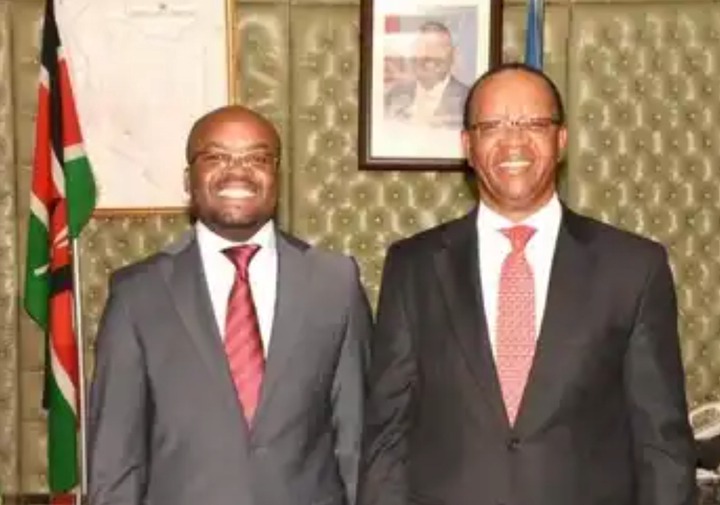 Karanja Kibicho, the former Interior Cabinet Secretary, handed over power to William Ruto on Monday, December 5. He was one of the 50 Principal Secretaries that the president nominated. After the court dismissed a petition challenging the list, Omollo was among the new administrators.

Before becoming the Interior Cabinet Secretary, Kibicho was one of the officials who used to not see eye-to-eye with former Deputy President William Ruto. He was reportedly powerful enough that he tried to interfere with the August 9 elections. According to Ruto, he was pushing residents of the town of Kirinyaga to support the One Kenya Alliance and join the Azimio La Umoja camp. 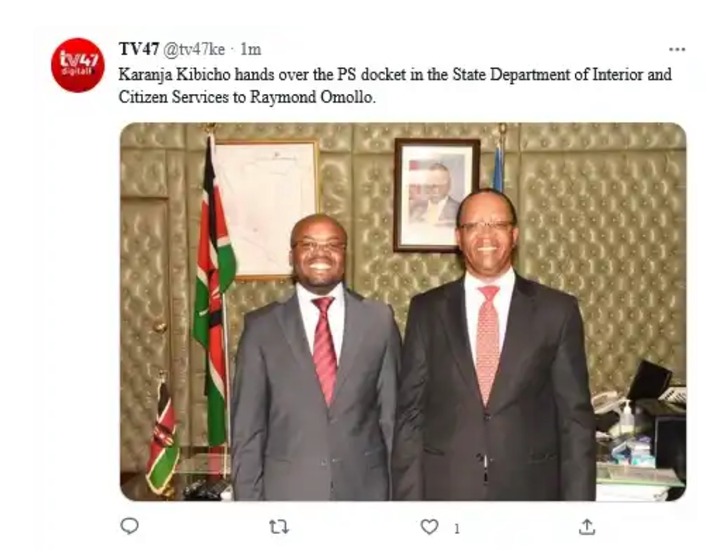 Before becoming the Interior Cabinet Secretary, Kibicho worked under Fred Matiang'i, who handed over power to Kithure Kindiki. Following his appointment and swearing-in ceremony, Omollo promised the president that he would deliver on his duties.

Following the inauguration and swearing-in ceremony, Omollo promised the president and the nation that he would deliver on his duties.