According to the reports given by a reliable source of information, it has been revealed that the former prime Minister of Kenya and Orange Democratic Movement party leader, honorable Raila Odinga along with the Azimio La Umoja Coalition has called for the disbanding of the entire Supreme Court in quest for democracy. 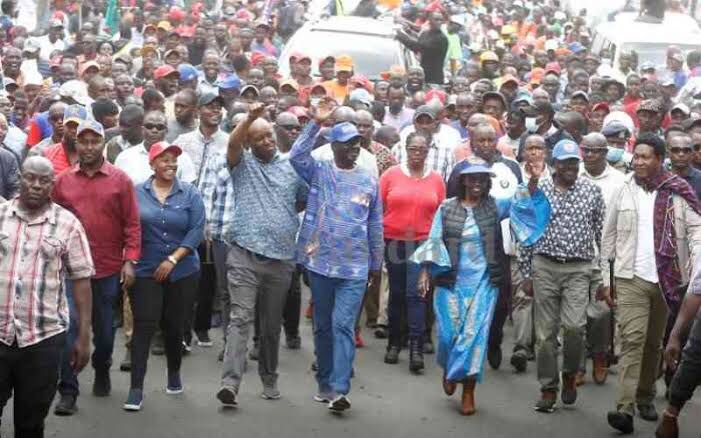 In a news report that has been shared by a reliable source of information, it has been revealed that the former prime Minister of Kenya has claimed that the Verdict given by the Supreme Court judges on the election petition was unfair.

According to the reports given by Raila Odinga through Azimio La Umoja Coalition, he claimed that for kenyans to move on and have a democratic country, the Supreme Court should be dismissed due to the fact that it has allegedly been compromised.

While reacting to this incident, kenyans who took to their different social media accounts to express their opinions on the matter have called upon the former prime Minister of Kenya and Orange Democratic Movement party leader, honorable Raila Odinga to accept that Ruto is the President and go home.

According to the reports given by most Kenyans, they claimed that it is so unfortunate that the former prime Minister of Kenya is yet to go home despite the fact that he claimed that this was the last time he was running for the Presidential election.

In a news report that has been shared by a reliable source of information, it has been revealed that the former prime Minister of Kenya while Campaigning before the elections called upon kenyans to make sure they vote for him due to the fact that he was using his last alleged bullet. 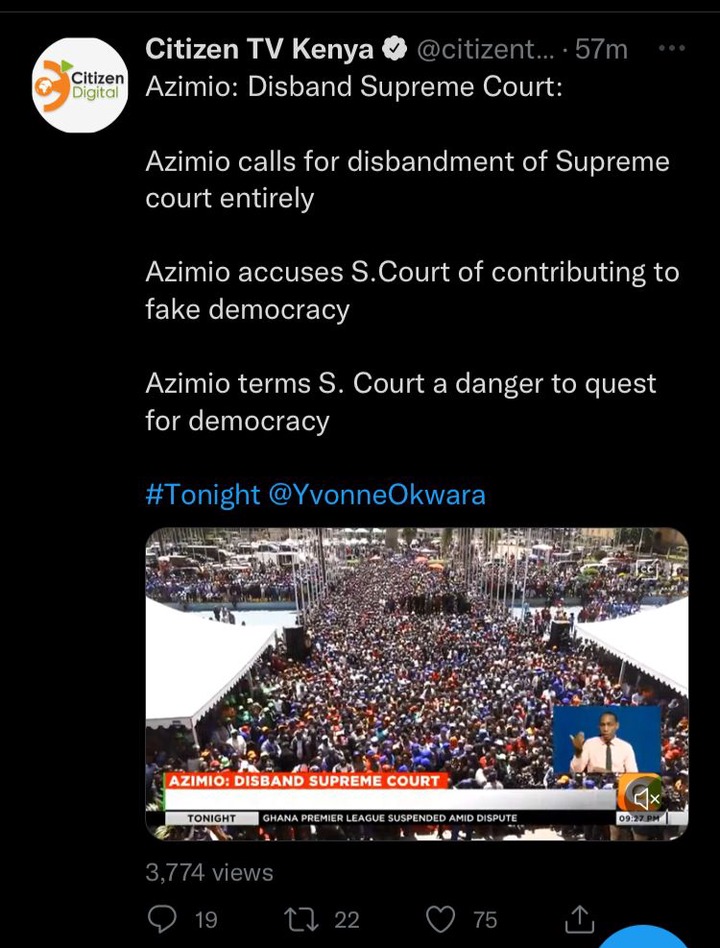