We are going Nowhere! Senator Omanga Reacts to her Expulsion from Jubilee Party

By JM.MENDOZA (self media writer) | 1 year ago 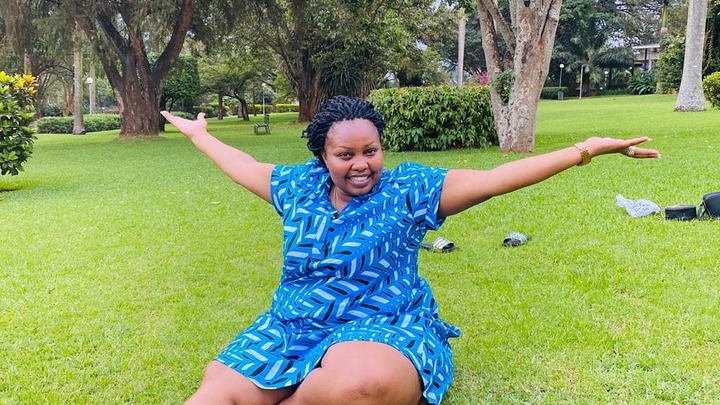 Just moments after receiving the expulsion letter from the Jubilee party, nominated Senator Millicent Omanga has got back at the officials saying she will still remain to be a member of Jubilee.

In her online Statement, Senator Omanga has took on those officials who were behind the move which has made her together with other five nominated Senator see the exit doors of the party.

And according to her, she has not received any official communication from Jubilee party concerning the expulsion and so she will continue to discharge his roles as the nominated Senator. 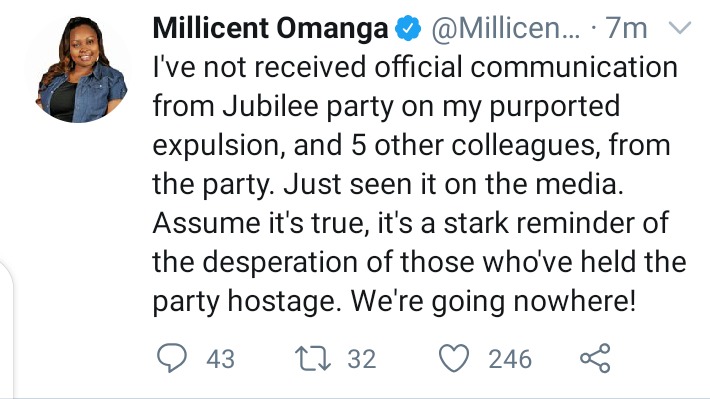 This is now the second time that Senator Omanga has found herself in the wrong hands of the Jubilee party, last time she managed to survive when she got to change the tune and pledged her loyalty to the party before the disciplinary committee.

However, that did not come to last as she turned her back away from supporting the party and its leader President Uhuru Kenyatta as she got to side with DP Ruto.

She is also among the leaders from the Tangatanga camp that have turned out to be the fierce critics of President Uhuru Kenyatta and these could have also fueled up her expulsion from the party as rumored by many Kenyans.

Women MPs Meet To Celebrate Women In Leadership At Kempinski

"We Need To Take Care Of Kanini Kega" Olekina Says

Mudavadi's Say After Wetangula's Ruling On KK As The Majority Group

Kenya Kwanza Coalition Plans To Replace Moses Wetangula in Bungoma After His Election as NA Speaker.