A well-known political analyst by the name of Prof. Mutahi Ngunyi has come under fire for praising President William Ruto's behavior today while the latter was with former President Uhuru Kenyatta. This has caused some controversy. Although he is a staunch ally of Uhuru's, Mutahi Ngunyi was extremely critical of Ruto during the most recent general election; nevertheless, it seems that he has toned down his rhetoric in recent times. 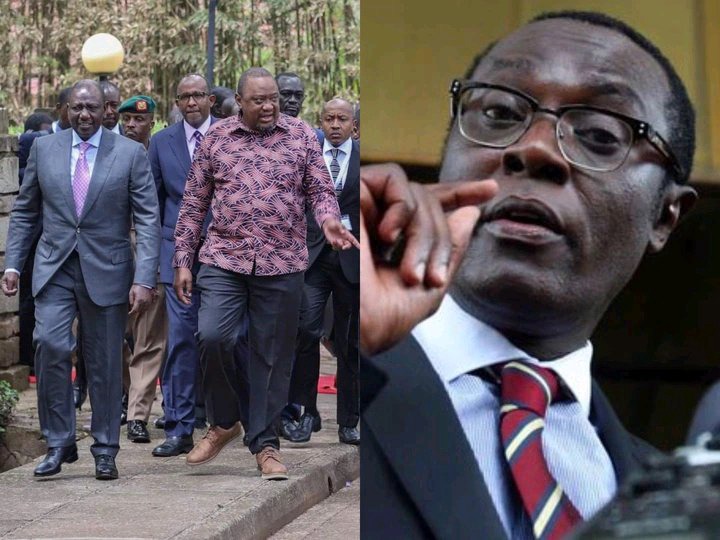 According to a tweet by Professor Mutahi Ngunyi, which of these two men is the larger one in these pictures? Ruto or Uhuru? Ruto, I say. This man is a model of GRACE. In order to give his former employer the opportunity to SHINE, he DECLINED. This pertains to the art of statecraft. The best way for Gachagua to get to Uhuru would have been to WALK. 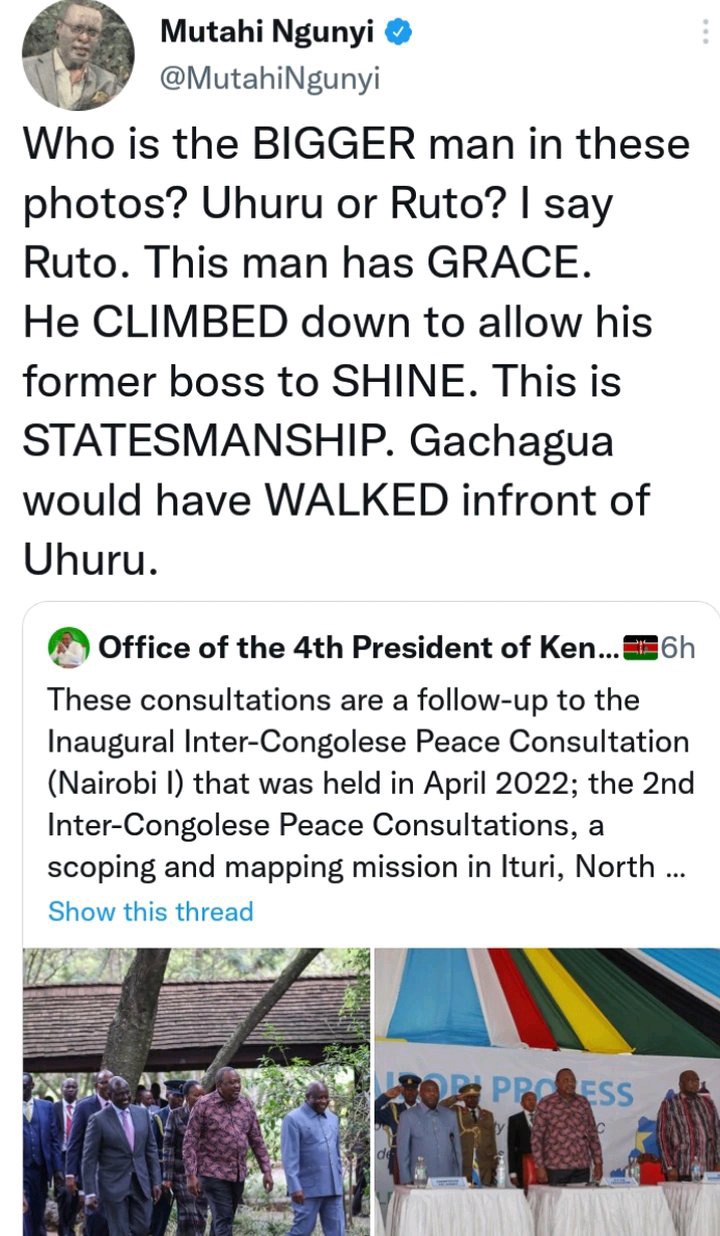 Prof. Mutahi Ngunyi has praised William Ruto for his statesmanship and grace in allowing him to walk alongside President Uhuru Kenyatta. This is because President Uhuru Kenyatta is the current President of the nation that is hosting the event. Mutahi Ngunyi, who is praising Ruto, has made a slight jab at the Deputy President by saying that Gachagua would have walked in front of Uhuru if he had been in the same predicament as Ruto. Ruto is being praised by Ngunyi, who is praising Ruto.