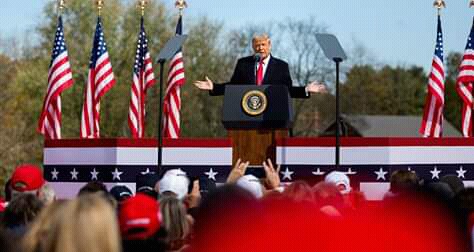 The outgoing United States of America president Donald Trump has abruptly halted his incessant complaints over a possibility of him having been rigged out in the recently-concluded presidential elections.

On Monday, Trump diverted his daily talk from presidential elections days after his rival Joe Joseph Biden vanquished him by winning 273 electoral colleges against his 214.

The controversial president, through his social media accounts on Monday lauded the steps made by scientists who had reported that the novel Coronavirus (COVID-2019) vaccine candidates had proven to be 90% effective as their trials reach phase 3.

He expressed optimism over COVID-2019 vaccines being available soon due to the reported milestones.

Earlier on, Trump revealed that he had sought US supreme court injunction over claims that the elections were manipulated in favour of his opponent Joe Biden.

"Tens of thousands of votes were illegally received after 8 P.M. on Tuesday, Election Day, totally and easily changing the results in Pennsylvania and certain other razor thin states. As a separate matter, hundreds of thousands of Votes were illegally not allowed to be OBSERVED. This would ALSO change the Election result in numerous States, including Pennsylvania, which everyone thought was easily won on Election Night, only to see a massive lead disappear, without anyone being allowed to OBSERVE, for long intervals of time, what the happened. Bad things took place during those hours where LEGAL TRANSPARENCY was viciously & crudely not allowed," read part of his past Facebook post. 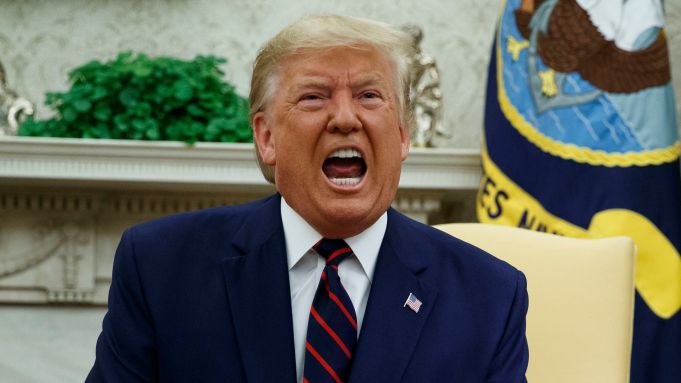 The vocal president discredited his competitor's victory and vowed that he would emerge victorious in the end because they court would rule in his favour after he had filed a suit against the election-related offenses.

He has been consistently using his official social media pages to communicate his messages to his supporters, where he would tell them what he was up to, raise issues of concern and vent his frustrations over elections' shortcomings.

It's Between Azimio And Kenya Kwanza, Check The Latest Opinion Conducted In TaitabTaveta