By Mkenya_Daima (self media writer) | 1 month ago 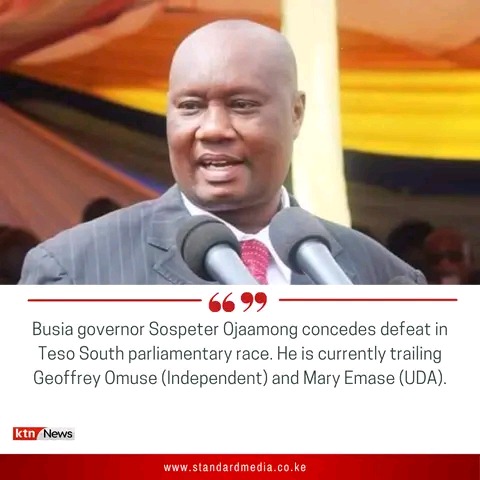 Busia governor Sospeter Ojaamong has finally conceded defeat in his bid to become the Teso South member of parliament ahead of the official release of the final results in the country by the Independent Electorial and Boundaries Commission in the country.

According to the post seen by different media houses in the country including, citizen television, the governor has conceded defeat after trailing Independent candiddate Geoffrey Omuse in the ongoing poll tallying in the country. 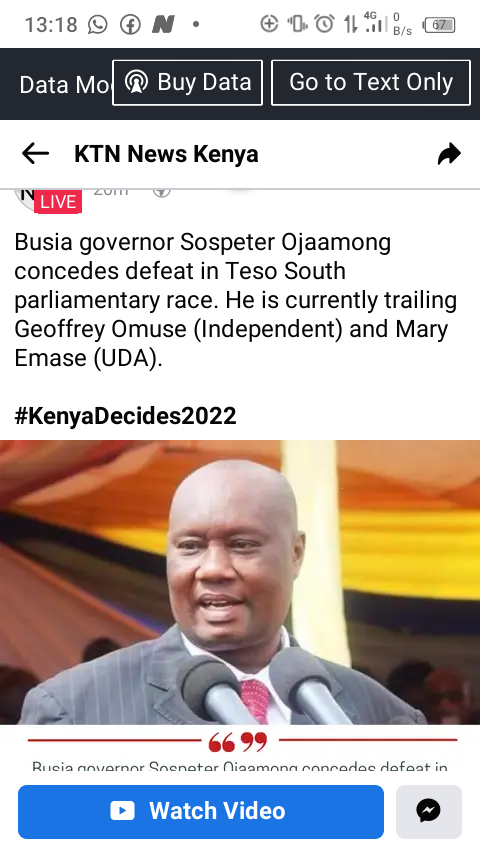 The governor was planning to make a political backyard after serving his two terms of ten years in Busia county in western Kenya region under the Orange Democratic Movement party of Raila Odinga.

The governor has thanked his opponent and said he will concentrate in private business in the country as he awaits what will happen next in the country. In Teso south parliamentary race United Democratic Alliance candidate Mary Omuses is now giving Geoffrey a stiff competition.

Content created and supplied by: Mkenya_Daima (via Opera News )