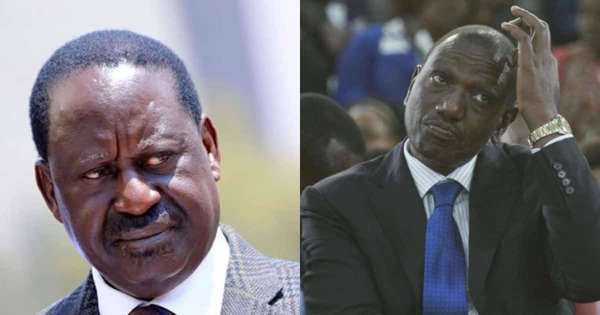 Millions of Kenyans are excitedly awaiting the announcement of the fifth President of the Republic of Kenya six days after the country citizens cast their ballots to elect new leaders.

As of Monday, August 15, Kenyans are confident that time is running out and they will soon know who will be their next president. The Independent Electoral and Boundaries Commission (IEBC) has at least seven days from the day of voting to announce the president-elect.

Deputy President William Ruto of the United Democratic Alliance (UDA) party is in the lead with 6,081,048 votes or 51.12% of the vote, according to the most recent figures validated by the IEBC based on updates from Nation Africa.

George Wajackoyah the other presidential contender from the Root Party and his rival from the Agano Party received 53,592 and 27,336 votes respectively.

The Agano candidate Mr. Mwaure conceded defeat yesterday in a public presentation claiming that his team at the national tallying center IEBC had informed him and his team that the odds were in Dr. Ruto favor.

Wajackoyah for his part expressed his confidence in winning and said he would make a public announcement after the IEBC announced the winner.

Security was increased at the Bomas of Kenya on Sunday with some of the Azimio operatives being denied entry as the IEBC counted down the hours till announcing the victor of the closely contested presidential race. 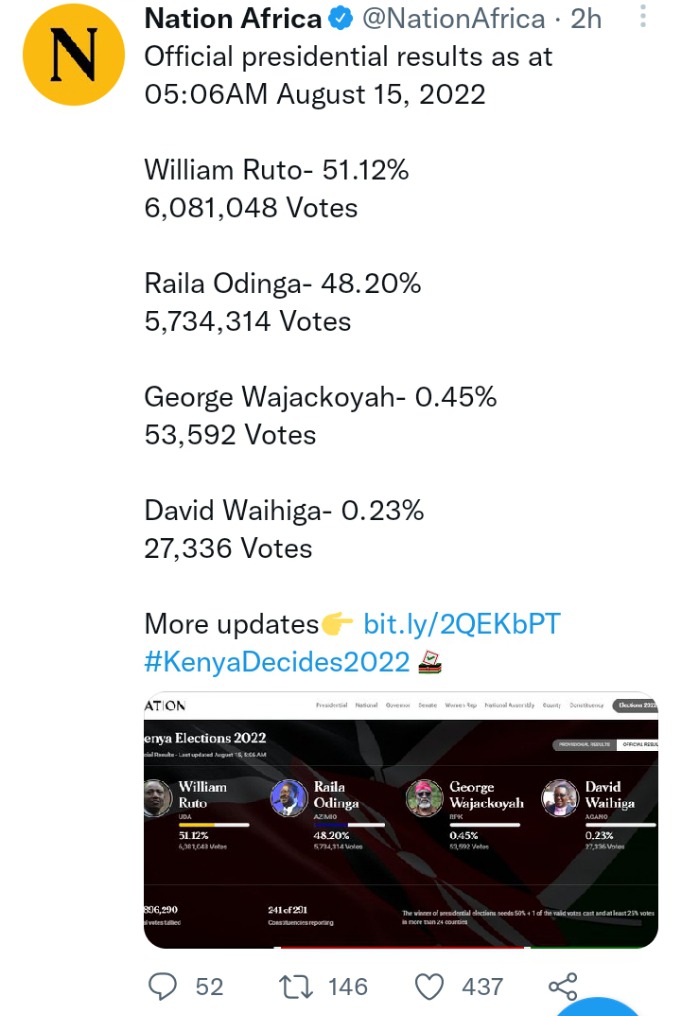 Top Leader Congratulates Mt. Kenya People For What They Did to Ruto Revealing How to Give Credit

I Gave Hubby All The Money I Worked For In Saudi Arabia And He Did This To Me. It Was Painful;Jane

Check Out Michael Jacksons House, See Why It Has Not Yet Been Bought 13 Years After His Death