Ruto to Hold a High Profile Meeting Tomorrow, Details of The Meeting Revealed 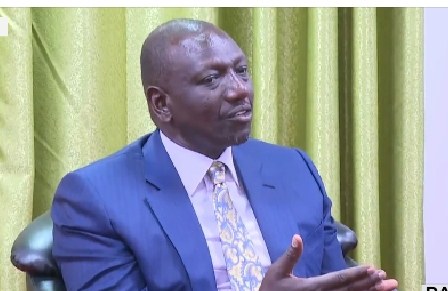 Wednesday will bring together governors, members of the National Assembly, women representatives, and senators for the Kenya Kwanza Alliance's debut meeting of leaders elected in the recently finished general election.

United Democratic Alliance (UDA) Secretary General Veronica Maina said in a message to the media that the meeting will take place at the Deputy President's Residence in Karen.

"The President-Elect, His Excellency Dr. William Ruto, and the Vice President-Elect, His Excellency Rigathi Gachagua, invite the following categories of newly elected leaders to the First Caucus of Leaders Elected to Serve in the Senate, the National Assembly, and all Elected Governorships: This Caucus will be held at the residence of the Vice President on Wednesday, August 17, 2022, at 9:00 a.m.," declared Maina.

She added that President-elect William Ruto and Deputy President-elect Rigathi Gachagua will shortly call a Regional inaugural caucus meeting for all members of the county Assembly elected through the Kenya kwanza coalition's political parties.

The gathering takes place one day after the Independent Electoral and Boundaries Commission (IEBC) announced Ruto as the President-elect.

William Ruto will likely rule the Senate after securing a majority of seats in the just ended elections. 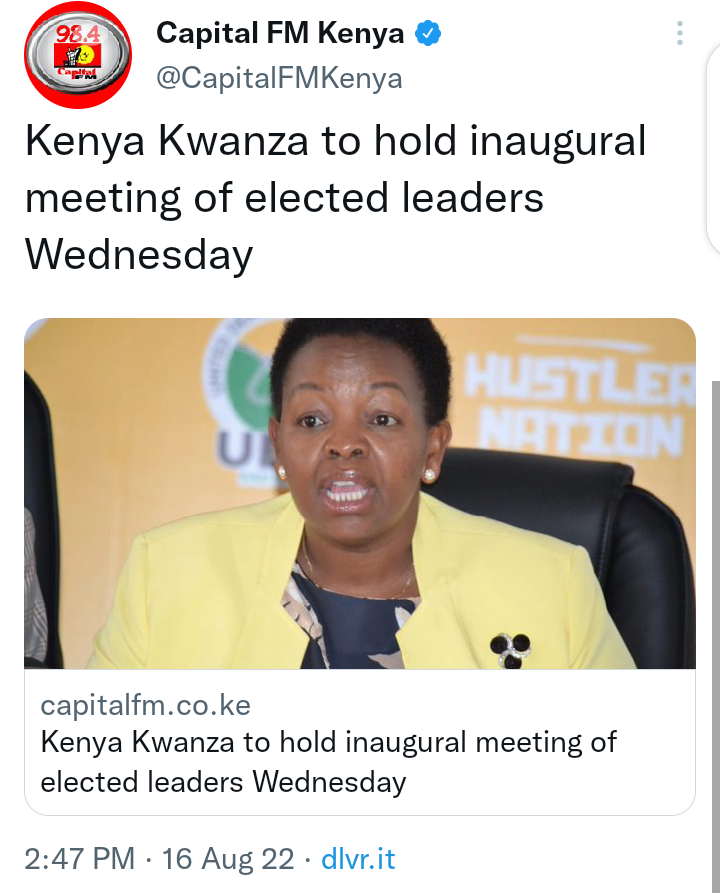 The National Assembly is dominated by Azimio la Umjoa, which has 162 members compared to Kenya Kwanza's 159.

Twelve nominated seats are still vacant, and four elections have been postponed, thus none of the coalitions has an absolute majority of 180 members.