By Dove1News (self meida writer) | 1 months MP Wambugu has been drumming up support for Jubilee candidate Susan Njeri who came second with 5,764 votes after People's Empowerment Party candidate George Koimburi who emerged the winner with 12,159 votes.

The Nyeri MP sent a message to the PEP party leader Hon Moses Kuria saying that he fought a successful battle which led to Koimburi's victory.

Hon Wambugu concedes the defeat stating that the Jubilee Party lost the seat however linked the loss to party's mistakes which he argued that their political took advantage of it.

"Our team has lost this battle. We made mistakes. In Juja & in Rurie...Our rivals take advantage of these mistakes," added Nyeri MP. 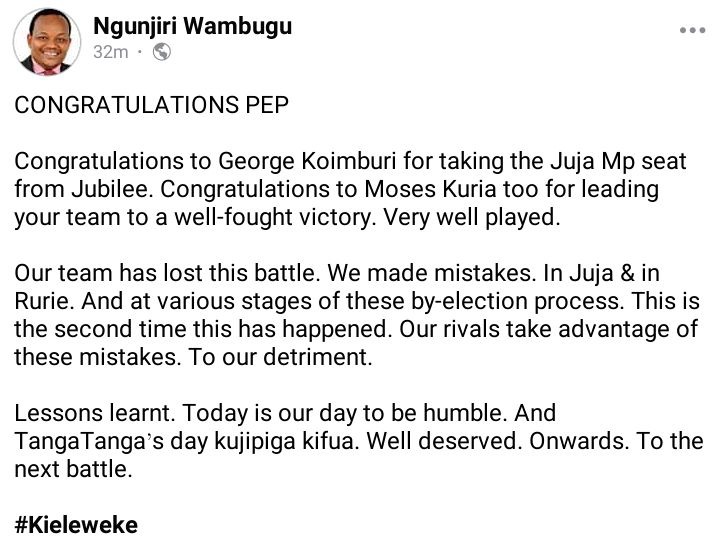 According to the mixed reactions, Kenyans have roasted Hon Wambugu over his sentiments saying that conceding defeat is in most times a painful decision.

Among other reactions that have ensued after MP Ngunjiri took to social media his message are as shown in the screenshots below: 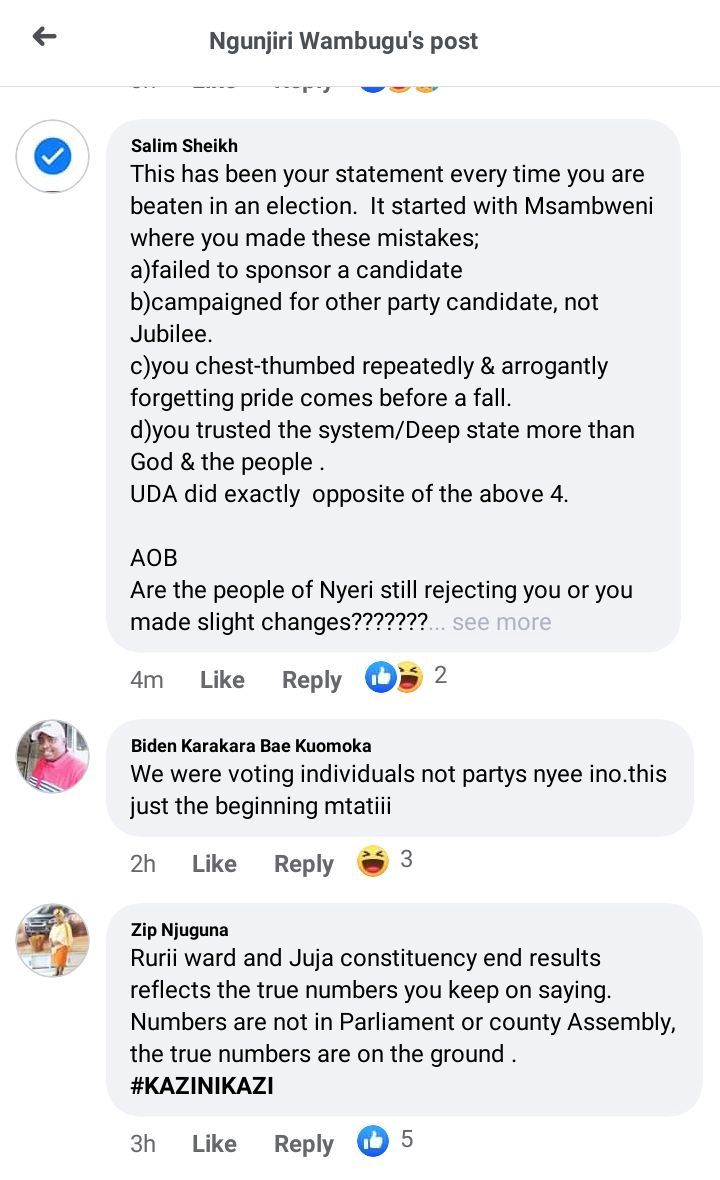 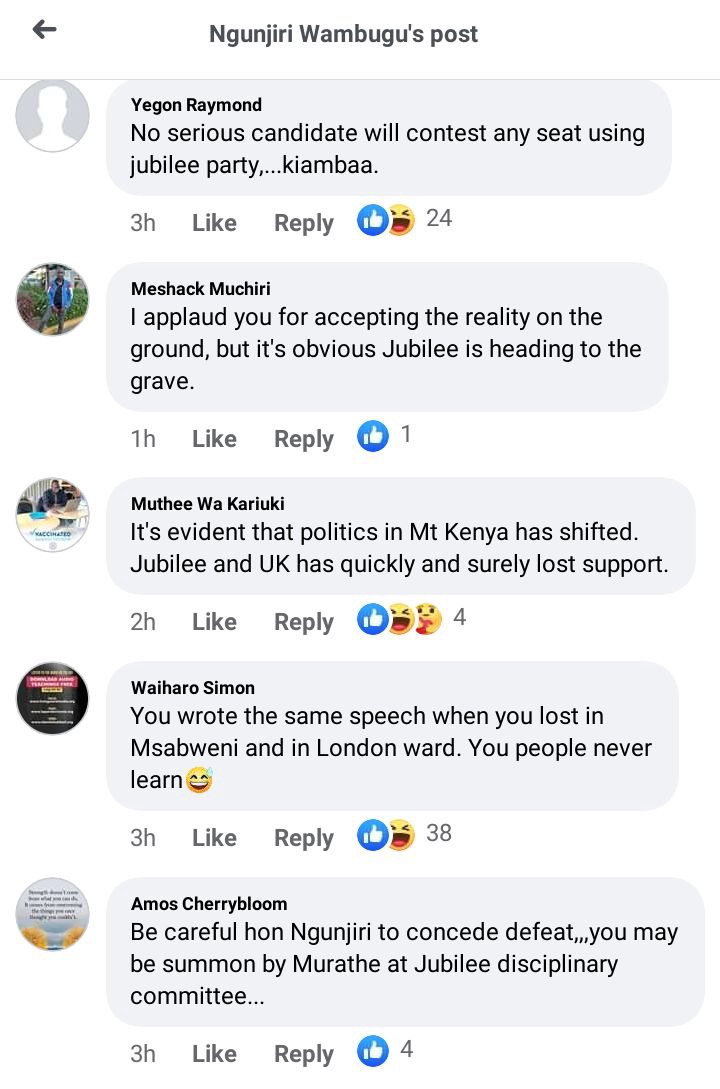 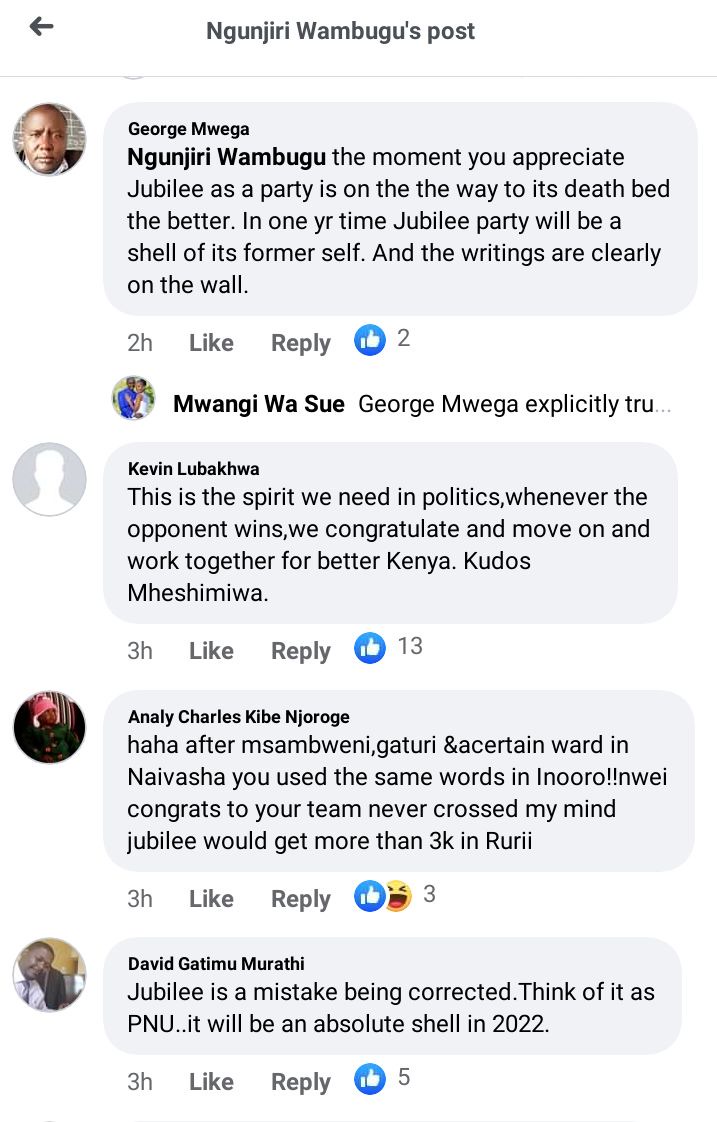 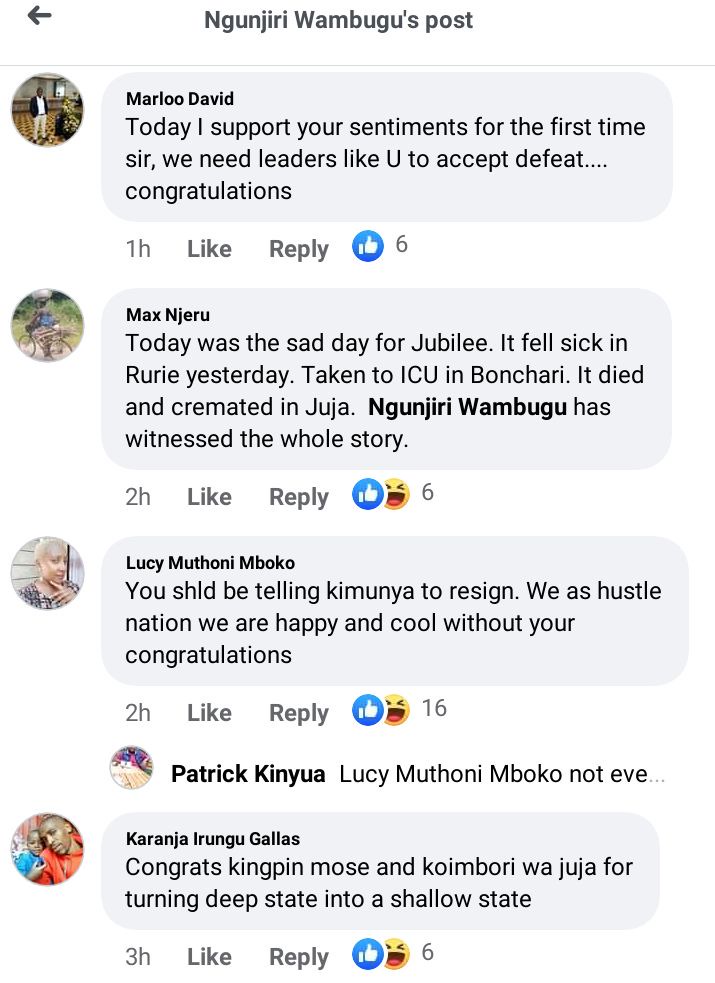 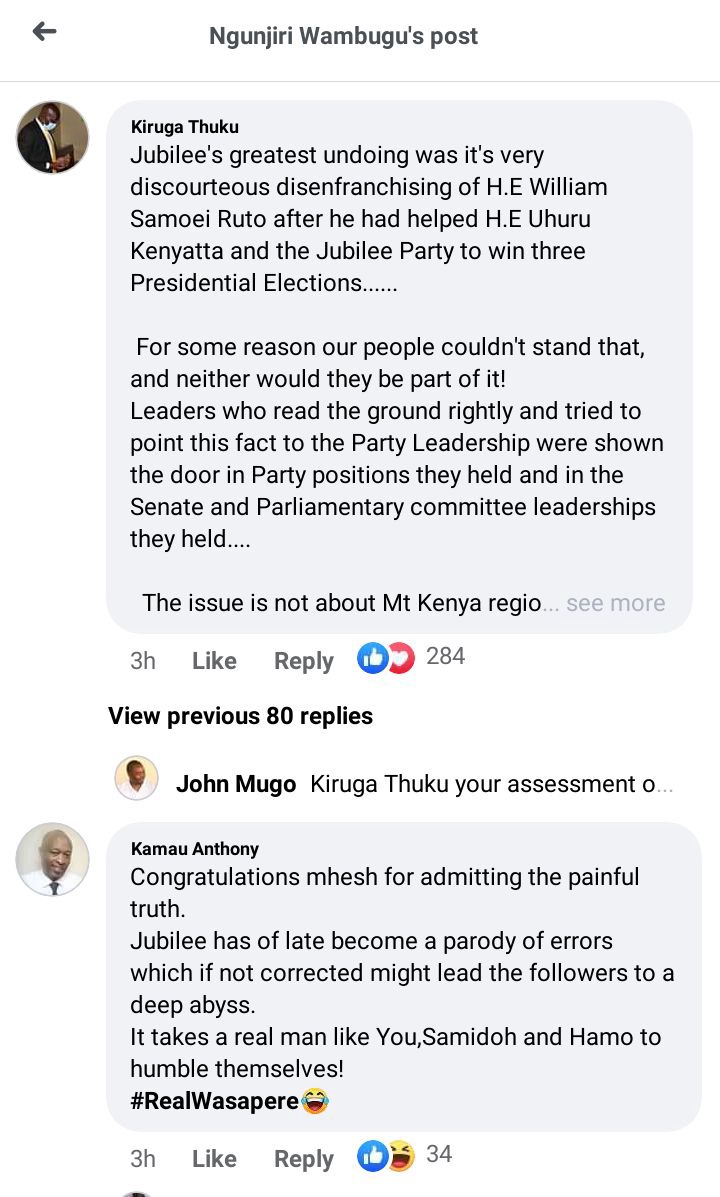 Content created and supplied by: Dove1News (via Opera News )