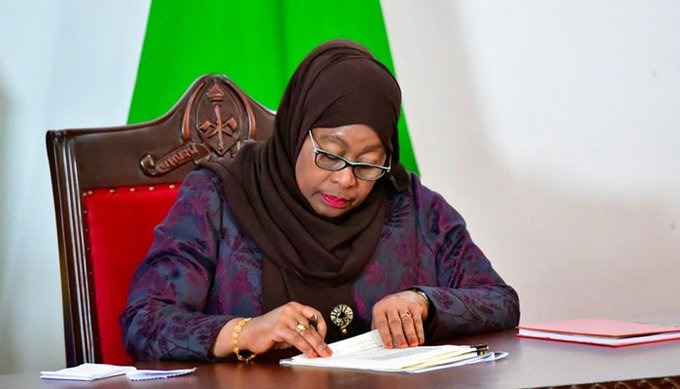 In commemoration of the 57th anniversary of the Union of Tanzania, the President of Tanzania, Samia Suluhu Hassan has pardoned 5,001 prisoners who were serving various sentences.

Of those prisoners, 1,516 have been released while 3,485 others have seen their sentence term reduced.

According to a statement issued by the Director of Presidential Communications, State House, Gerson Msigwa states that 3,485 prisoners whose sentences have been reduced will continue to serve the remaining part of the prison. 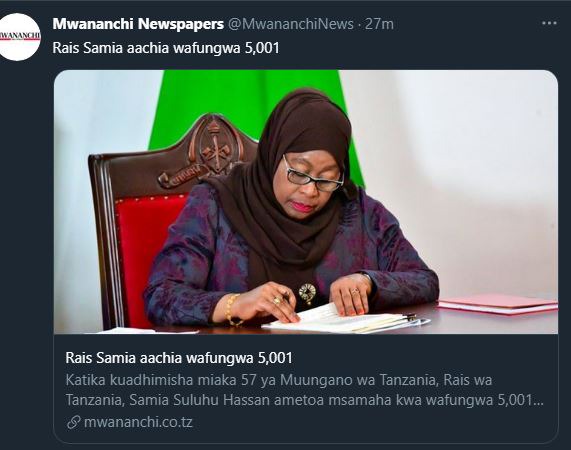 Through the statement, President Samia called on all released prisoners to make good use of the training they received while in prison and to join their fellow citizens in building the nation while respecting and complying with laws.

"I would also like to ask Tanzanians to use the 57th anniversary of the Union to reflect on the various efforts made in building the nations and their respective role in continuing to build a strong nation," said Samia.