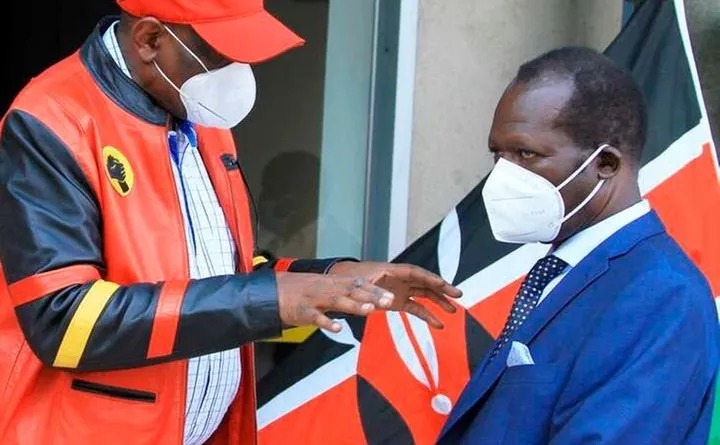 It has been reported that at least 70 staffers of Jubilee Party ranging from directors and several senior managers were axed by senior party officials, at a time when the party is preparing to revamp itself ahead of the elections.

It is yet unclear on the main reasons of the purge, and the affected people have threatened to sue the party's Secretary General Raphael Tuju, Vice Chairman David Murathe and other party officials on claims that they unlawfully dismissed them to take over the party.

As quoted by the Star, former Executive Director of President Uhuru Kenyatta's former party, The National Alliance (TNA) Joseph Mathai has expressed his disappointment on the purge adding that the party officials were not helping the party.

"If these instructions are coming from the party leader, then we want to tell him that his people are not executing it properly."

Mathai went on to state that if the directive is not from the president who is the party leader, then he must know there are 'crooks' out to destroy the party.

"And if it is not coming from his office, we need him to also understand that there are some crooks who are fashioning the party to their own projections," added Mathai.