By EdgarWabwire (self media writer) | 27 days ago 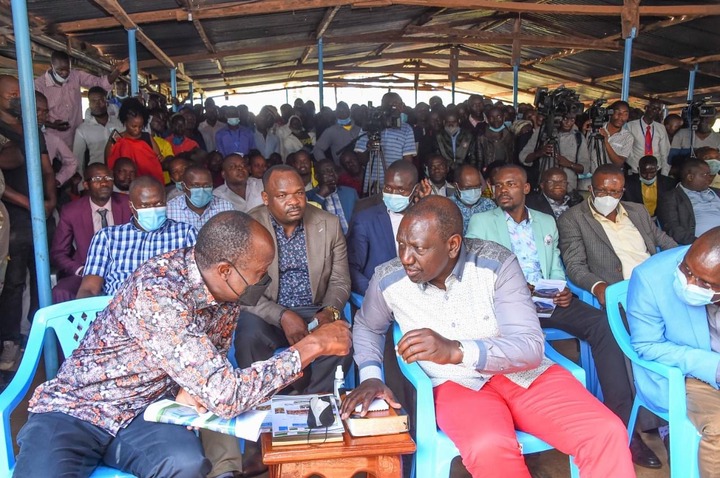 In his tour to seek support in the forthcoming 2022 general elections, Deputy President William Ruto Left no stone unturned in the ODM Leader’s backyard. The Deputy President stated that he plans to form the next government with Migori Governor Okoth Obado. This came after he had showed his generosity to the hustler nation by donating money to churches and Bodaboda Saccos.

Speaking to residents of Rapogi, Ruto stated that he was determined to work with Obado after the Orange Democratic Movement (ODM) deserted the governor and even tried to impeach him. The DP further stated that his friendship with Obado had also caused the Governor to lose favour with the ODM party that enjoys immense popularity in the region. The chief hustler said that he has been a close friend to Governor Obado since he was the minister of Agriculture in the Kibaki Government and that he appointed him to head Kenya Sugar board.

Ruto ahead to sell his 2022 agenda and he blamed the confusion in the Jubilee administration for the current unemployment rate in the country, promising to make things better when he will be in charge of the next government.

Court Told, Why A Rogue Policewoman Killed Her Lover Plus 6 Of Her Relatives