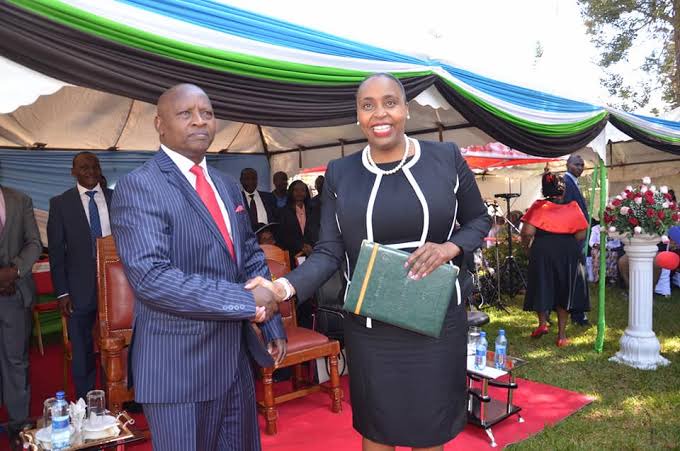 According to results released by County Gala Awards, the young lady who has been brought up under the watch of former president Daniel Toroitich Arap Moi has emerged as the overall best deputy governor.

She has since shared the good news with her fans who have congratulated her for the deserving results and wished her the very best in her political career. 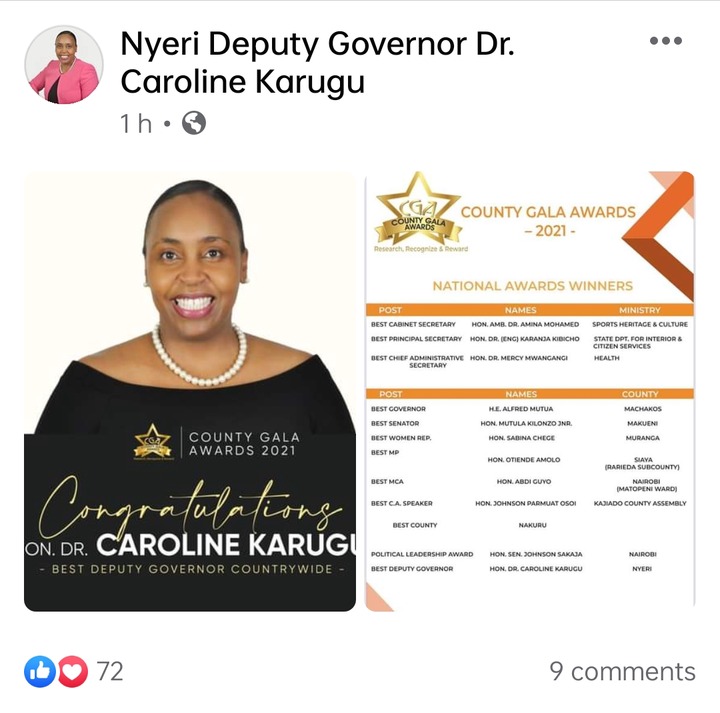 The differences between the county governor Mutahi Kahiga and Madam Karugu came out after the governor allegedly recalled her personal assistants and staff members as well as withdrew some of her vehicles. 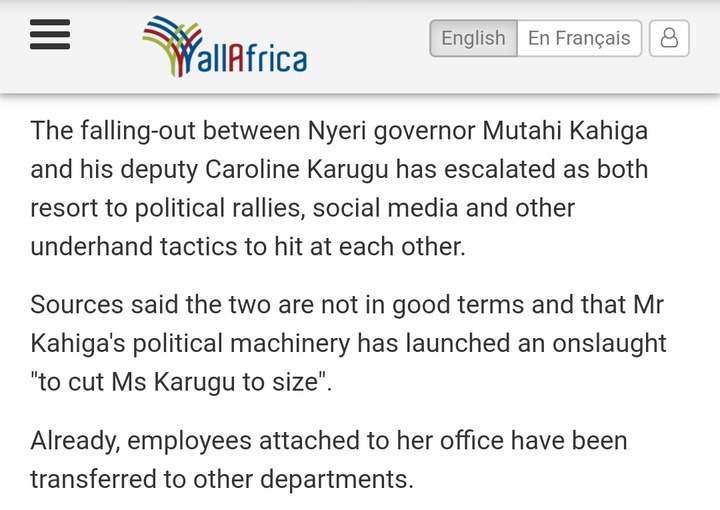 Madam Caroline Karugu is said to have become a political threat to her boss since she has good connections within the State as well as in the Jubilee government and Opposition operatives besides knowing the right people in politics and government. 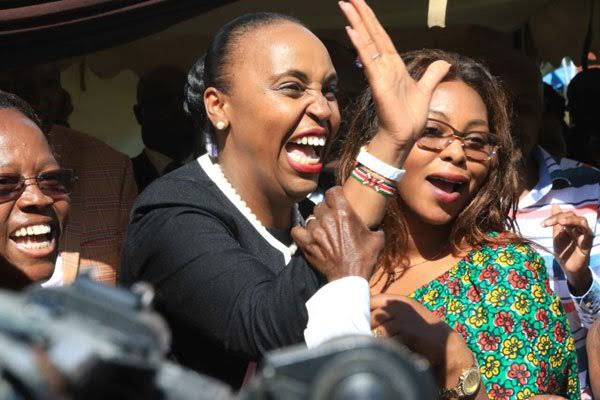 She is also close to the Moi family as she read a tribute during the funeral of President Daniel Moi in Kabarak and was among the first people to visit Lee Funeral Home on the morning he died.

According to rumours on the ground, the deputy governor is likely to go after ousting Nyeri town constituency Member of Parliament Honourable Wambugu Ngunjiri from his parliamentary position.