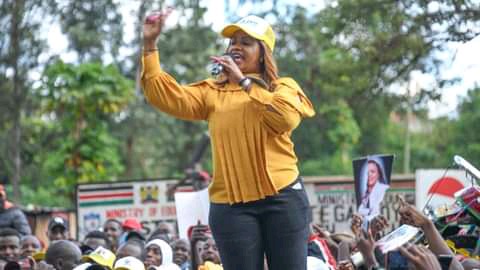 Laikipia woman representative, Catherine Waruguru, is among the latest politicians to join Ruto's UDA party. Waruguru was officially received by Ruto at his Karen residence, where she vowed to push the UDA agenda.

Cate Waruguru was among the legislators who accompanied the deputy president on Sunday 28th in Kirinyaga county. During the visit she affirmed her loyalty to the DP where he also went ahead to give a moving speech in Baricho.

Waruguru said that someone had misadvised her to join Raila's camp. She confessed that this was a big mistake and she realized that it was almost costing her political career and that's why she decided to quit. 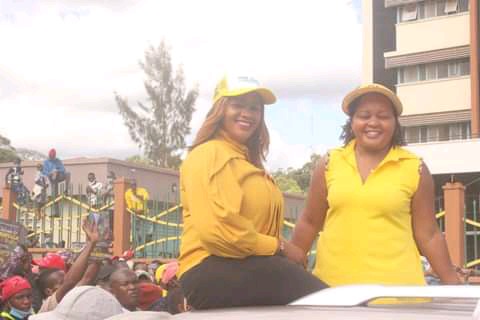 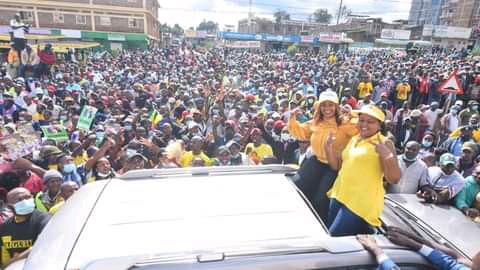 "I was misadvised to join that other side. Nilikuwa Karibu kuzama lakini Mungu ameniokoa. I'm telling you people to avoid that other side like a plague. I am now a supporter of William Ruto and the number one champion of his agenda," alluded Cate.

After this statement, William Ruto, who was standing on the rooftop of his car was overwhelmed by emotions and could be seen laughing uncontrollably. He was also clapping as Cate spoke to the charged crowd.

Waruguru also gave a piece of advise to Wangui Ngirici and Anne Waiguru. Cate asked them to come together and have a consensus. She said that if she was a Kirinyaga voter she would vote for Waiguru to complete her term and then Ngirici to come later.

The crowd cheered in agreement with Cate's assertions. Waruguru finished by saying that she will be vying for Laikipia East parliamentary seat. 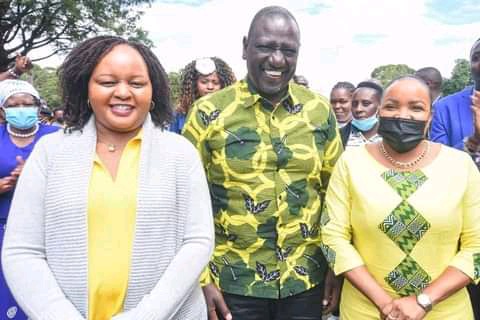