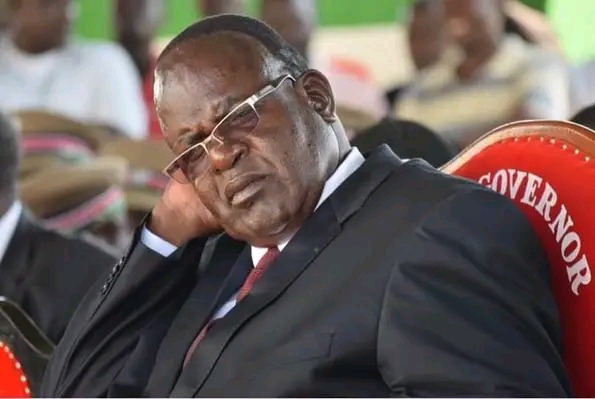 Some believe that Homa Bay County Governor Cyprian Awiti is just a lucky man who found himself in political dreamland. With no prior political experience, he found himself in-charge of devolution billions in the lake county.

Amid the occasional political turbulence, Awiti has clocked one decade at the helm of Homa Bay County. And now, in compliance with the constitution, it is time to leave office.

Somehow, Awiti's exit from office will be an opposite of his election in 2013. Today, at the time her colleagues have hit the campaign in a bid to influence the choice of their successors, the Homa Bay Governor has opted to do things his own way.

Today, as Gladys Wanga and former Nairobi Governor Evans Kidero battle it out in a bid to succeed Awiti, the man to be succeeded seems not keen on influencing the choice of his successor.

Ordinarily, people expected him to campaign for Wanga, an ODM party candidate. But Awiti is nowhere to be seen on the campaign trail.

And it is not on the campaign trail alone that the Governor has gone silent. Even in the media, Awiti has literally gone missing, sparking speculations on his whereabouts.

So, where is Awiti? Why has he gone silent? And what could be his political game plan? As high profile as he is, the Homa Bay Governor's silence will not go unnoticed.

Raila Has Assembled 30 Lawyers To Ensure He Wins The Petition

Meet Uhuru Kenyatta's College mate From US Who Is Going To Meet Ruto, Raila And Uhuru Today