Reports of Azimio la Umoja leaders arriving in Nyamira grounds with seven choppers as a show of might emerged online eliciting mixed reactions among Kenyans.

According to reports, Nyamira stadium is full of choppers as several Azimio leaders landed as a way of telling the Nation that they are ready for the day. The leaders were led by Raila Odinga and his running mate Martha Karua.

This is just a day after Azimio la Umoja rally was forced to end prematurely due to the chaos that was witnessed. Reports indicated that a police officer believed to be a bodyguard attached to one of Kenya Kwanza leaders in Kisii lobbed teargas on the podium minutes while Martha Karua was taking place. 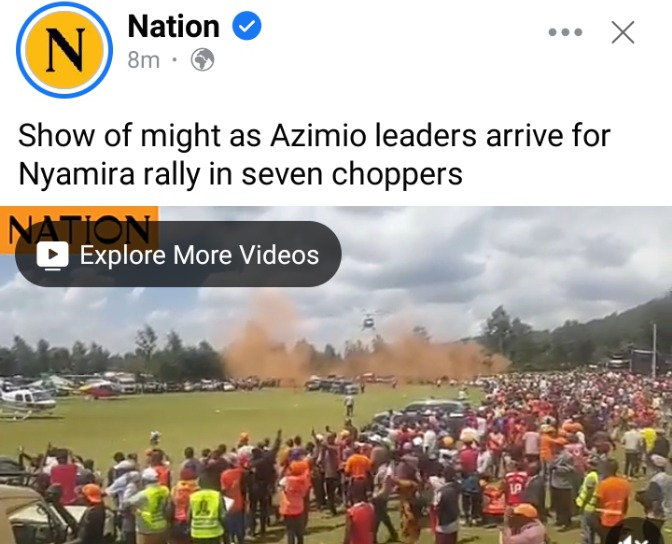 The police officer has been taken to court and is likely to face disciplinary actions. Leaders from Azimio called upon police officers to stick to their duties and avoid being used by politicians.

Raila Odinga and Martha have expressed their confidence in being supported by people from Nyamira. Kenyans have reacted with many saying that Azimio leaders are enjoying state support. 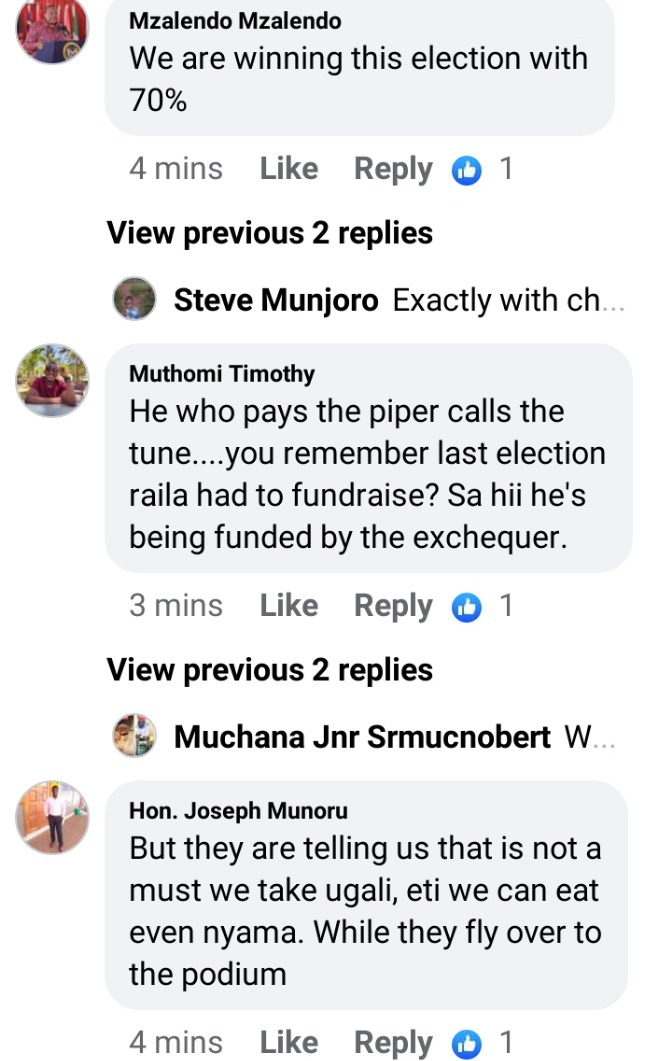 DP Ruto's Message To Media Houses After Being Declared President