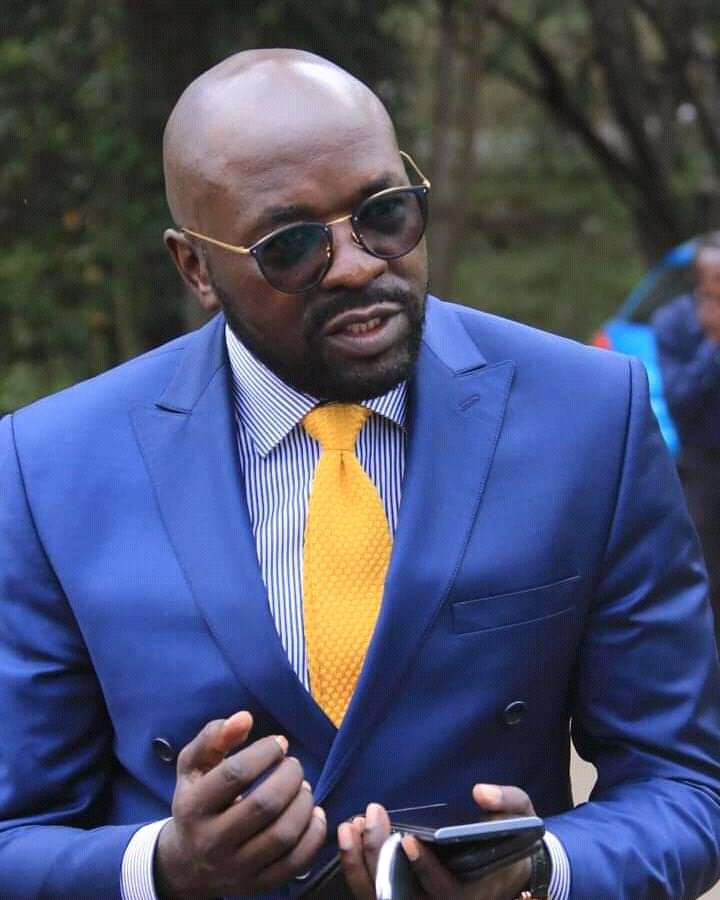 Controversial City Lawyer Cliff Ombeta has got Kenyans talking after he publicly declare interest for Bonchari Member of Parliament contest for 2022 polls on a United Democratic Alliance (UDA) ticket.

Speaking to one of the local media station, Nation on Tuesday, the criminal lawyer confirmed to have dropped his bid to vie during the mini poll following the sadden demise of MP John Onyioka and supported widow Mrs Teresia Bitutu. 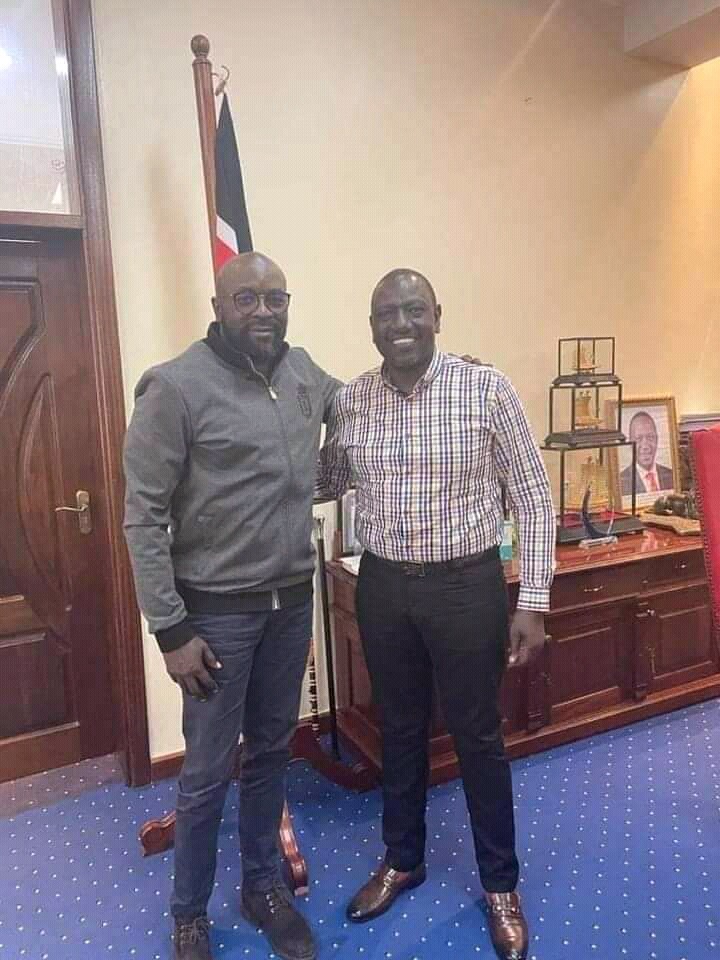 "It is now time for people to pursue their path, Bitutu vied on UDA ticket but didn't succeed, the initial plan was to support her and move on but we didn't cross the river. We much chat our way forward, I will vie on UDA ticket for the Bonchari Parliament contest. We are not wasting time as we have already started campaign." He said. 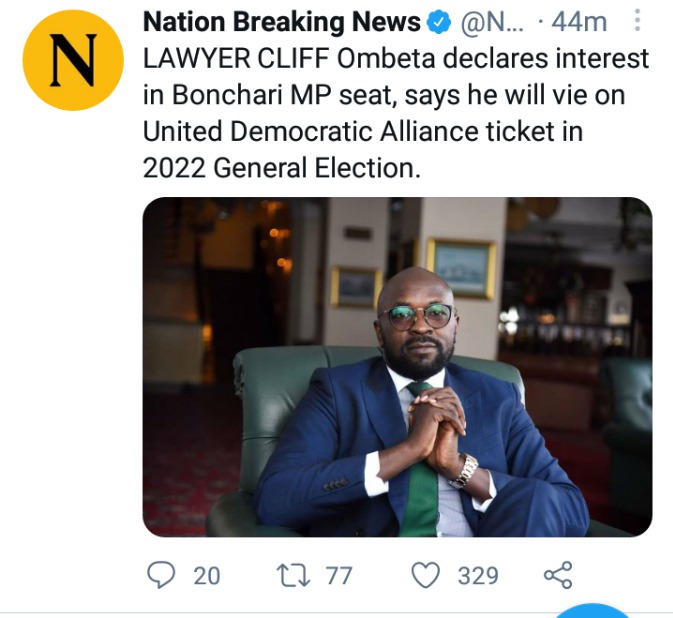 The controversial lawyer declaration has led Kenyans to series of mixed reactions considering Bonchari is another political bedroom for Orange Democratic Movement, hence giving him a dim light of survival.

Some predicts doom for the UDA affiliate, urging him to stick to career and set aside politics, "He better stick where he is good at, politics is dirty game and his going to smear mud on his legal legacy." Others said, "dead on arrival should he stick to the wheelbarrow ticket." Reaction as attached; 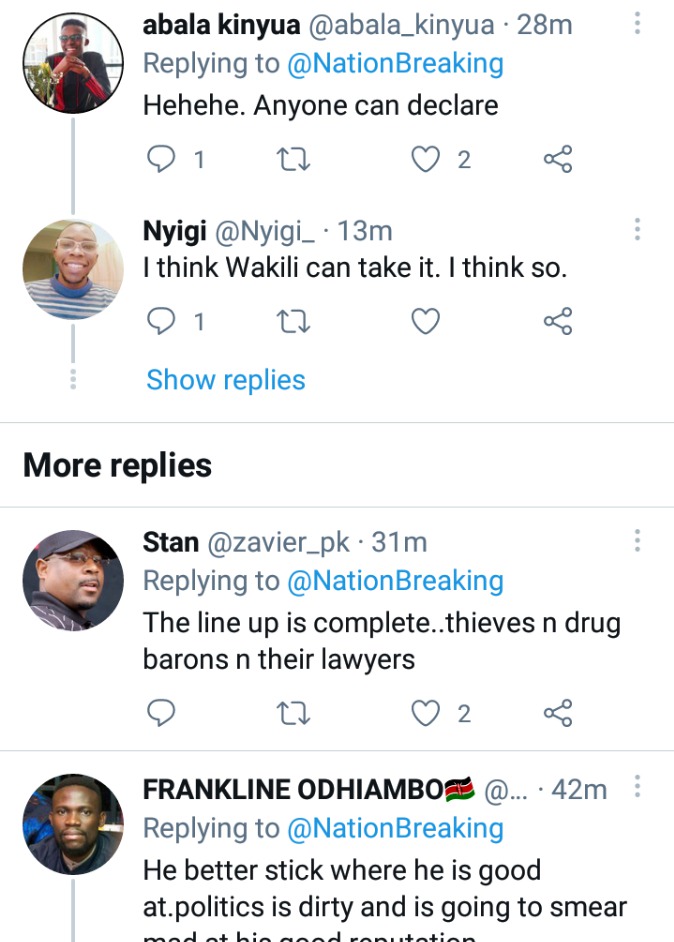 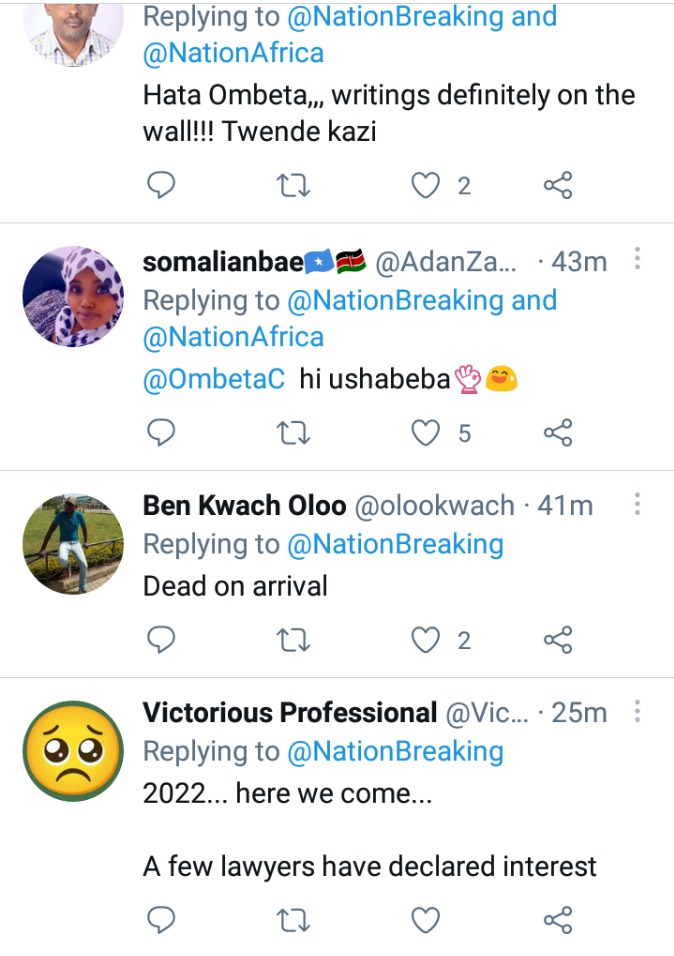 Ombeta is likely to battle the Ms Teresia Bitutu for UDA ticket before he battle current Member of Parliament Hon Pavel Oimeke who will be defending the seat on Raila Odinga's ODM.