Haki Yetu: Chants Fill The Air as Protesters Took To Streets In Mwingi Over Poll Loss

As fans of competing teams fought, chaos erupted at Kamuwongo Market in the Mwingi North constituency of Kitui county on Monday.

A bonfire was lighted on the Kyuso-Mwingi road by Muema Nduku's supporters in protest after he was defeated for the MCA seat in the Kyuso ward. 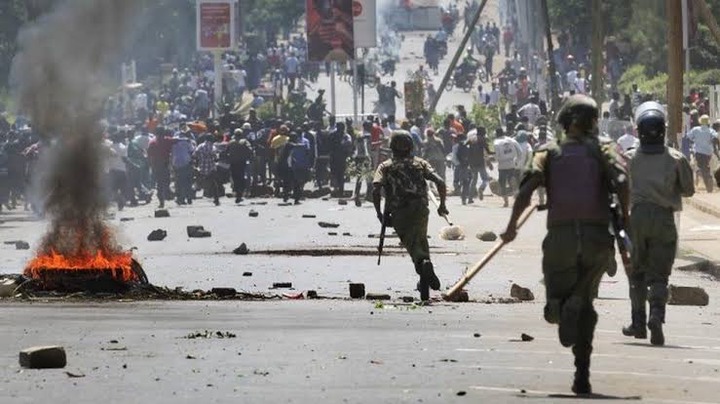 Residents who were angry after losing the election started a fire, making it impossible for cars to pass.

The angry locals, the majority of whom were women, carried posters with messages praising Muema and others calling for justice.

They alleged that Wiper's John Munyoki Mwinzi, who was proclaimed the winner, had their candidate's election rigged out in his favour.

A police land cruiser pick-up with armed police officers arrived as Muema and his supporters were speaking to the media next to burning tyres at the Kamuwongo bridge. They unsuccessfully ordered the demonstrators to disperse. 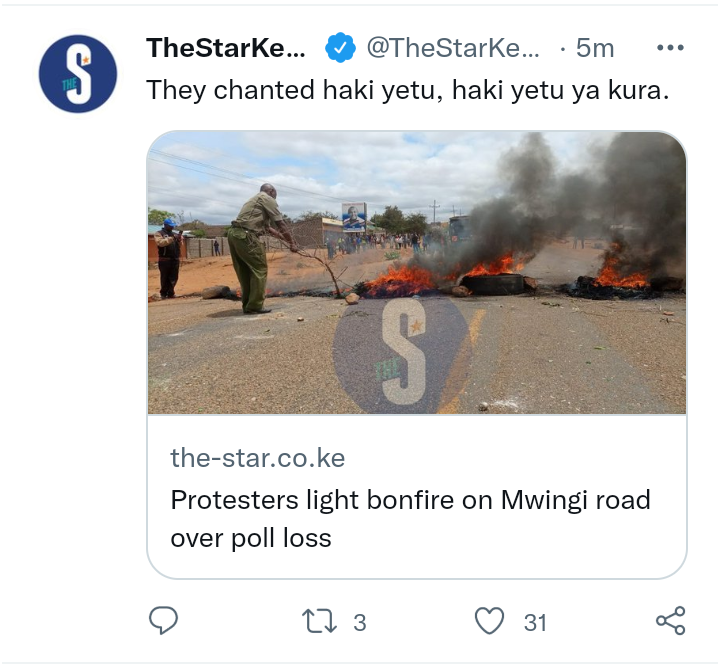 After the demonstrators dispersed and then regrouped while dancing and singing Muema's praises, the security guards were obliged to fire tear gas canisters at them.

However, Muema, who was once lifted shoulder high, was able to persuade his supporters to abandon the area.