By Bukayo.News.Updates (self media writer) | 2 months ago 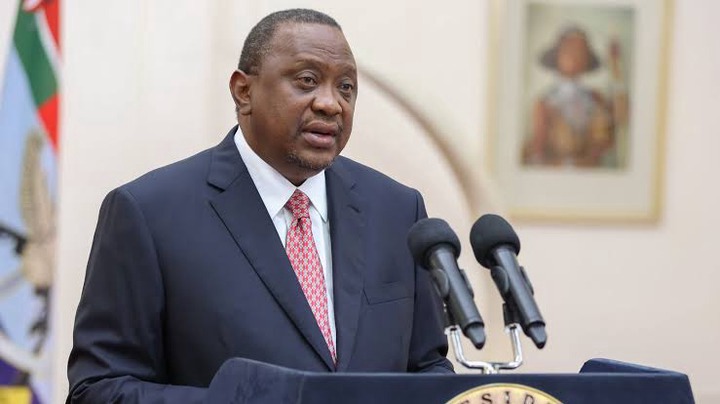 Former President Uhuru Kenyatta should not be blamed for the recent failure of ODM leader Raila Odinga, a close ally of the former prime minister has said.

This comes at a time when Uhuru is under attack, with some of Raila's allies accusing him of not using his state power to hand over the presidency to the leader.

Others, such as Babu Owino, MP for Embakasi East, claimed that Uhuru was secretly working with current President William Ruto and thus acting as a leader of Azimio La Umoja.

But a close ally of the veteran politician said that was not the case, confirming that Uhuru had done all it could to secure its Raila ally's seat. 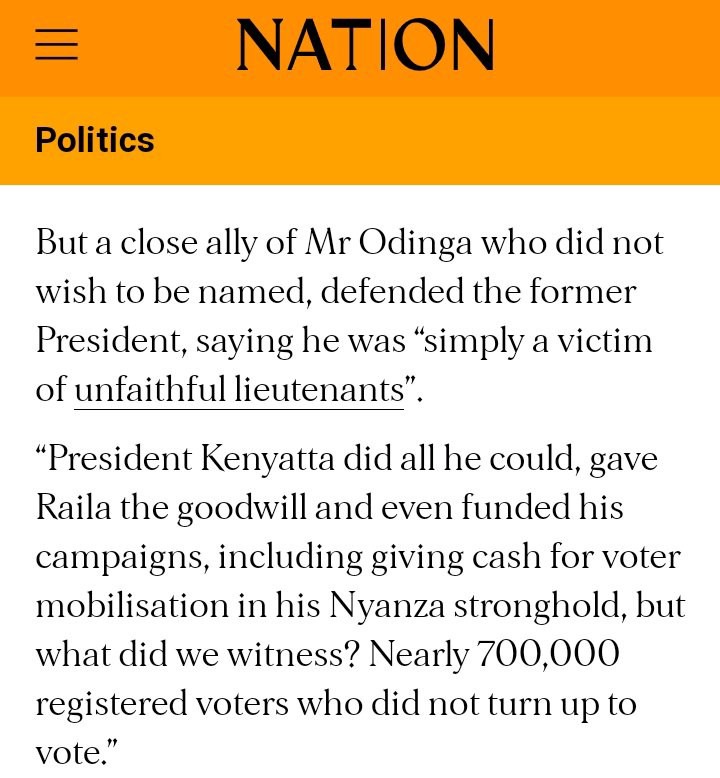 He noted that the former Commander-in-Chief even funded Raila's campaigns and gave him money to get his supporters to come out and vote. He noted that the people of Raila in Luo Nyanza were indeed to blame for not coming to support their son, as a good number stayed away.

“President Kenyatta did all he could, giving Raila goodwill and even funding his campaigns including raising money to rally voters in his stronghold of Nyanza, but we What did we see? The source told the Daily Nation that nearly 700,000 voters registered but did not turn up to vote.

He argued that while Uhuru sincerely supported Raila and Raila's eagerness to win, some of Raila's allies were busy profiting from the campaign funds passed on to them for their own purposes. .

Much of the fault lies with Congressman Junet Mohamed of Suna East and Governor Mombasa Hassan Joho, who have been accused of corrupting the election and costing Raila her seat. But Raila has defended them both, wiping out any mistakes for them, though it is unclear whether he will rematch again, for a sixth time, given his age.

Content created and supplied by: Bukayo.News.Updates (via Opera News )