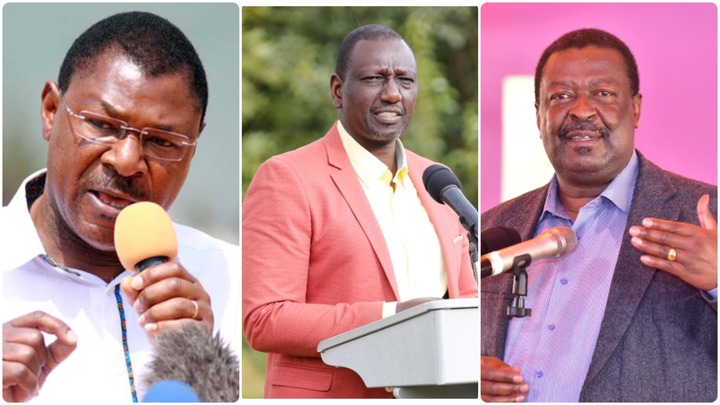 Prime Cabinet Secretary Musalia Mudavadi was conspicuously missing at a political rally in Bungoma after Speaker Moses Wetangula had declared that the former ANC Party leader was to attend the event.

Wetangula on Saturday morning took to social media and revealed that together with Mudavadi, they will criss-cross the county of Bungoma to ask their supporters to vote for Mwalimu David Wakoli, the Ford Kenya candidate in the Senatorial by-election 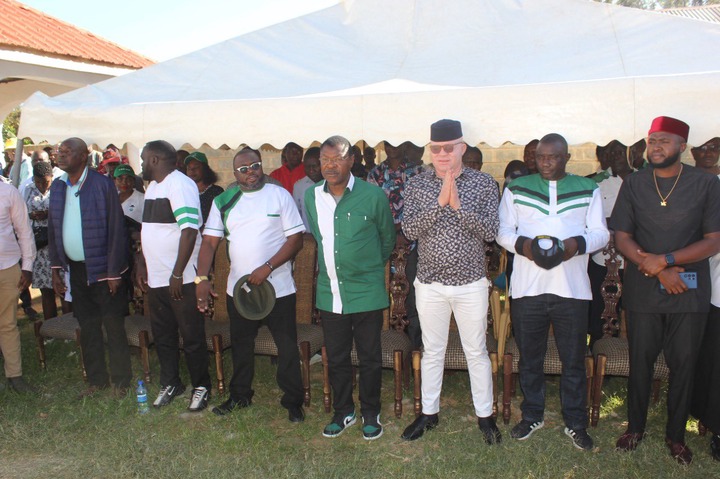 "I and @MusaliaMudavadi will be transversing across the nine constituencies of Bungoma drumming up support for the Lion's party candidate Mwalimu David Wafula wakoli. The Bungoma senate seat belongs to Simba party!" the Nationa Speaker tweeted.

Wetangula later shared pictures from a political rally in Webuye, one of the constituents in the county, but in the pictures he shared, Mudavadi was nowhere to be seen 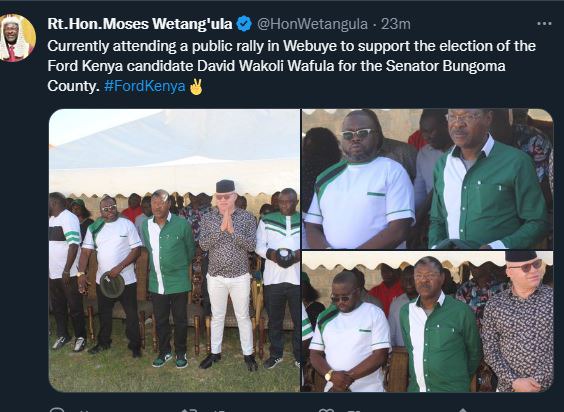 "Currently attending a public rally in Webuye to support the election of the Ford Kenya candidate David Wakoli Wafula for the Senator Bungoma County," he captioned the photos

It should be noted that Moses Wetangula is indirectly locking horns with President William Ruto in the by-election. While Wetangula wants Ford Kenya to win the crucial seat, President Ruto's UDA Party is also targeting to win the seat. 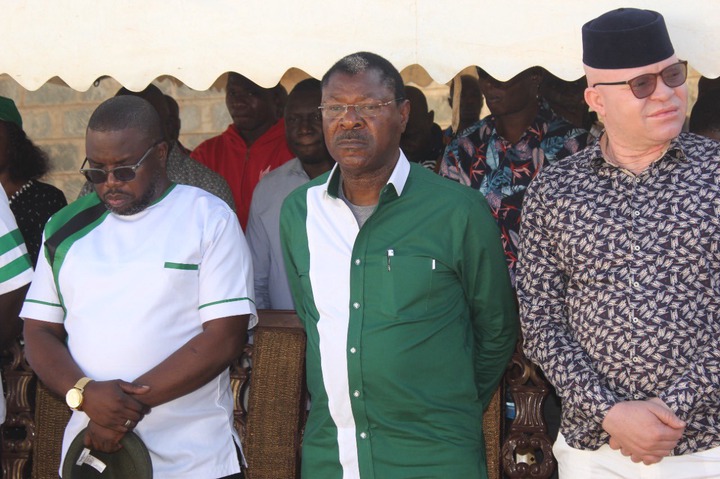 It is yet not clear whether the President will storm into Bungoma and campaign for Mwambu or not. However, other UDA leaders have been campaigning for Mwambu 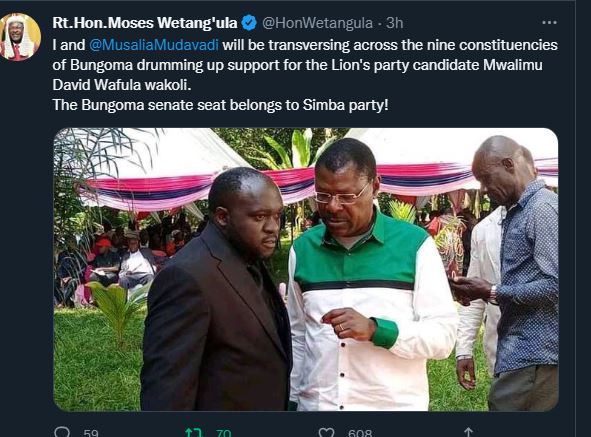