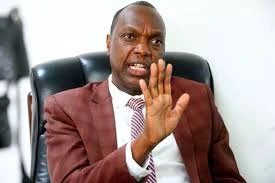 Kenyans awoke this morning to the news that DP Ruto could arrest Uhuru if he wins the August elections, 37 days before the polls.

This new proposal was reportedly described in his freshly released manifesto, in which he promised to abolish state capture and appoint a commission to investigate Uhuru's administration.

The move was therefore construed to suggest that Uhuru could face legal consequences if he is proved to have abused his authority.

Uhuru's Jubilee Party, led by Secretary General Jeremiah Kioni, has issued a warning of what will occur if Uhuru is detained. Kioni has cautioned the nation that the action could disrupt the country's stability and potentially plunge the nation into anarchy.

This, according to Kioni, would indicate that DP Ruto is a dictator who would not abide by the constitution and would instead enact his own laws.

Kioni has stated that the choice to charge and arrest an individual rests completely with the Judiciary and that the Executive has no authority to make such a determination.

Kioni continued, "This obviously demonstrates that they (Kenya Kwanza) are vengeful and will maintain the state of political witch hunt that they have been complaining about."

Kioni has encouraged Ruto and his colleagues to abandon the risky plan to arrest President Uhuru Kenyatta.