By OtienoNews (self media writer) | 2 months ago 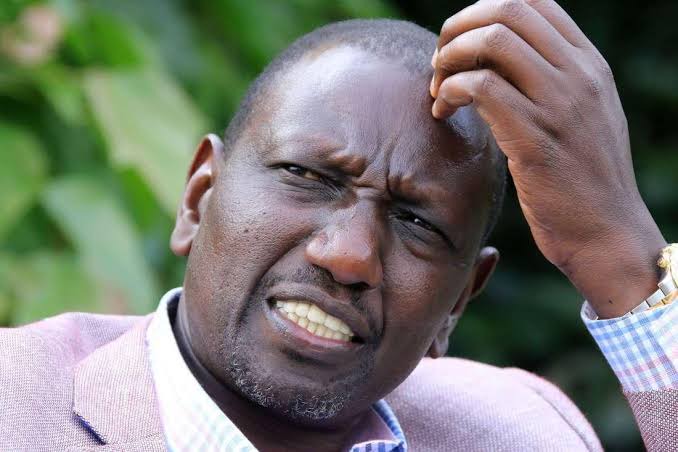 Reports on Hon. Alice Wahome's actions have surfaced since President William Ruto appointed her as the cabinet secretary for water and sanitation.

Wahome has been accused of telling the residents of Kandara who to vote for in the upcoming by-elections in a statement shared via People Daily on Twitter. Wahome was one of those who criticized government workers during the administration of former President Uhuru Kenyatta for engaging in politics.

Under the direction of the youth spokesman Laban Thuo, the group members urged Wahome to steer clear of political matters, just as she would advise government employees in Uhuru's administration.

Thuo stated, "We are pleading with Wahome to refrain from active politics now that she is sitting in the Cabinet and she is a civil worker.

The by-elections set for Saturday, November 26th, will no longer be free and fair, he continued, because Wahome is trying to dictate who should be elected. 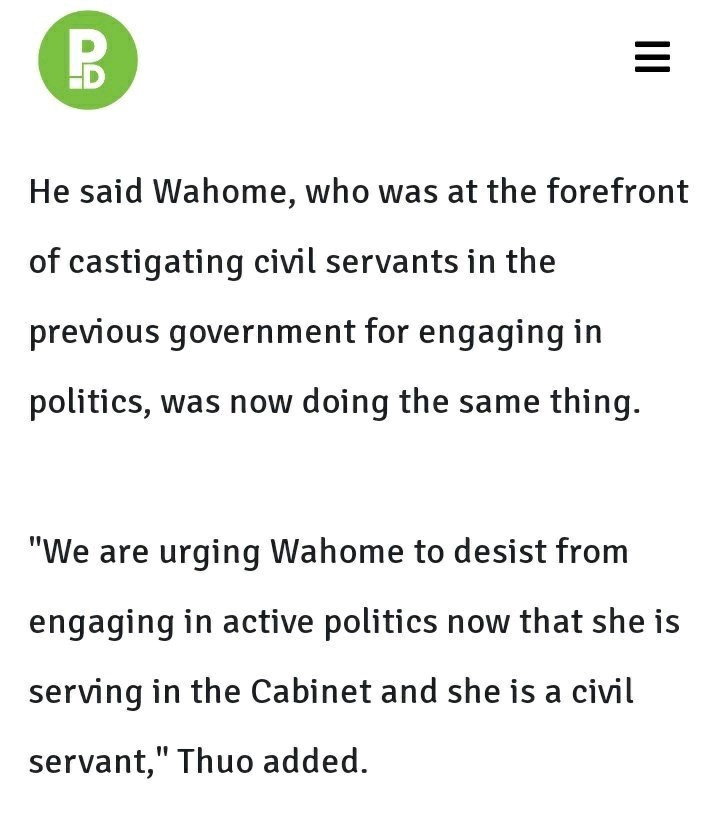 Content created and supplied by: OtienoNews (via Opera News )