By WrittenWisdom.com (self media writer) | 3 months ago 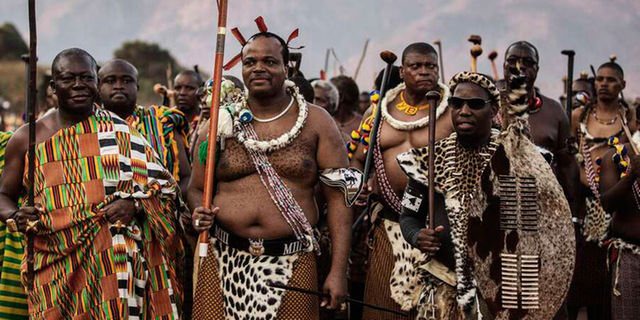 Thousands of demonstrators set ablaze Eswatini's main food store, OK foods in Matsapha yesterday evening. All other OK Foods stores branches in different places were also burnt down, unknown individuals have also set ablaze afew industry premises in the country. The chaos were sparked by the Monarch's decree to ban all petition deliveries. 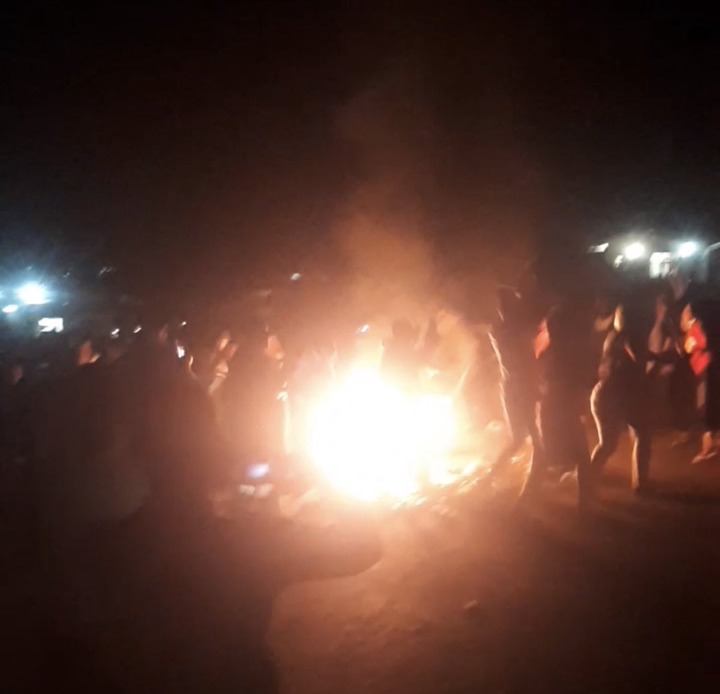 According to Swaziland Solidarity Network ( SSN) the King's private jet was yesterday evening seen flying over Matsapha to an undisclosed location.

Mswati III rules as an absolute king, he appoints the prime minister, Judges, civil servants and other senior authorities in the country. Citizens want a democratic rule whare they get to elect their own Prime Minister by secret ballot. 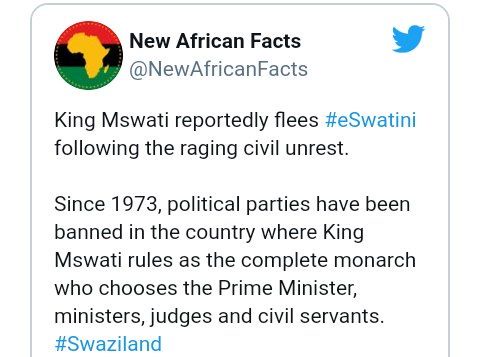 Ten days ago, police were forced to use tear gas and live bullets to disperse crowds in Matsapha. The Swaziland Solidarity Network says that atleast one bystander has been killed by the army.

Mswati III free hand rule has for the first time been threatened. In 2019, the country experienced massive strikes from civil servants who accused Mswati III of emptying government's coffers to fund his lavish lifestyle. He currently has 15 wives and 23 children.

The DailyDigitalJournal learnt that Mswati III was made king on his 18th birthday in 1986 shortly after his father died. Political parties were banned in 1973.

The Swaziland Solidarity Network has called on the International Community to set in and play a proactive role to minimize casualties.

Leaked Details Of Tuju's Ouster As Jubilee's SG In The Offing As Alleged By Dennis Itumbi.

"You Will Be The Next President" Mombasa Pastor Tells Ruto