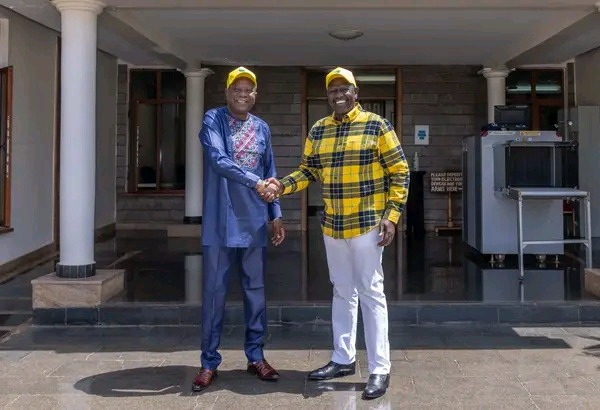 Having spent some ten years in the political cold after losing his MP seat in 2007, Peter Njeru Ndwiga bounced back in style when he won the Embu Senator seat on the Jubilee Party in 2017.

Ndwiga was a key member of the former President Mwai Kibaki cabinet. But even with that, he could not win re-election in 2007.

But while running on a Jubilee Party ticket, he was easily elected as Embu Senator to succeed Lenny Kivuti who joined race for Governor.

At the time, Ndwiga was a key ally of the then President Uhuru Kenyatta. But in a last minute move, ahead of the 2022 general election, he decamped to the then Deputy President William Ruto's camp. The move would prove suicidal.

In the race for UDA party ticket, he was defeated during the nominations by little-known John Kariuki Njeru.

Not ready to go down without a fight, he opred to run as an independent candidate. But it was too little, too late as he was defeated by Kariuki during the August 9 general election.

Now almost past the peak of his political career, is this the end of the road for the former Cooperative Development minister? Will he really recover in 2027?

Had he vied on a Jubilee Party ticket, it is hoped that he would have had a chance to fight it out with the Ruto-backed candidate.