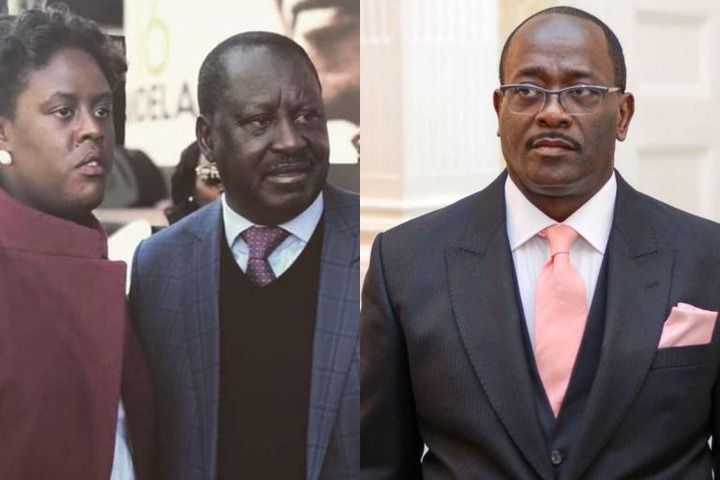 Winnie Odinga, the daughter of ODM Party Leader Raila Odinga, has become the talk of social media following claims that she had a furious exchange with a senior Kenyan official during her father's recent visit to the United Kingdom.

The conversation was sparked by the rumoured son of a prominent Ruto-aligned Cabinet Secretary, who published an explosive Tweet on Sunday, 20th March 2022, alleging that the outspoken 31-year-old left diplomats at the Kenyan High Commission in the United Kingdom completely perplexed after verbally abusing their boss, Mr Manoah Esipisu.

This has made also Mutahi Ngunyi,an outspoken political expert to talk about the same issue.

According to Ngunyi,if the cause of Winnie Odinga missing the flight was caused by Manoah Esipisu's mistakes,then failure should never be an excuse.He added that if he was Winnie Odinga,he could have told the official involved off. 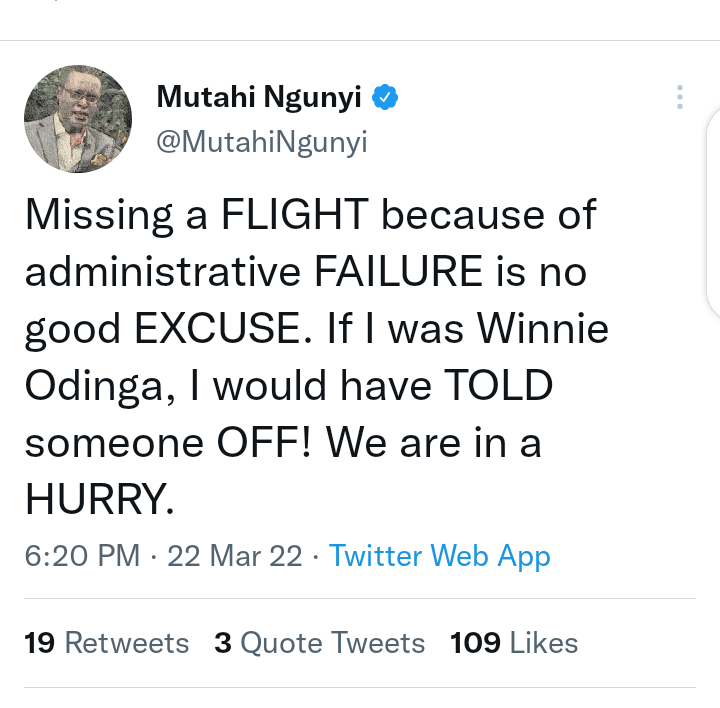 Raila's assigned driver was allegedly unable to locate the Heathrow Airport VIP gate in time for take-off, resulting in the costly delay, which allegedly led to Winnie's altercation with Manoah Esipisu.