By Chelule~Digital (self media writer) | 2 months ago 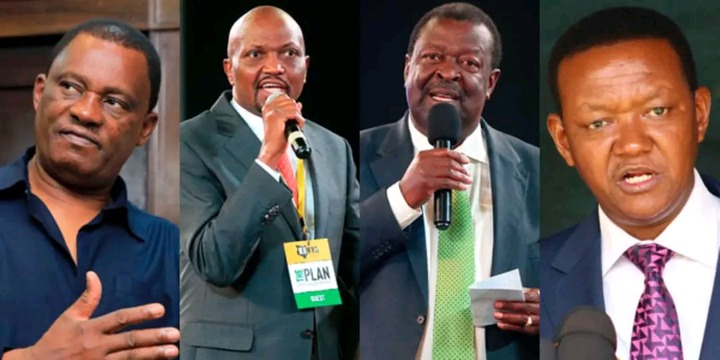 The Kenya Kwanza Alliance administration under President William Ruto continues to consolidate its affairs as it seeks to deliver its promises to the people of the Republic of Kenya.

Consequently, several bigwigs are set to quit the party's posts to focus on the State jobs ahead of the Kenya Kwanza regime. The Alliance is founded on several political parties from across the country that joined forces with the United Democratic Alliance party ahead of the 9th of August general elections.

Accordingly, here is a list of political leaders entitled to big state roles by the President.

Justin Muturi is a former Speaker of the National Assembly and an immediate predecessor of the current speaker Moses Wetangula. He is a party leader of the Democratic Party of Kenya and he is appointed as the Attorney General.

Moses Kuria is a former Gatundu South Member of Parliament and former Kiambu county gubernatorial candidate who lost to Governor Wamatangi of UDA. He is a party leader of the Chama Cha Kazi in the mount Kenya region. Consequently, he is appointed as the Cabinet Secretary of Trade and investment.

Musalia Mudavadi is the Amani National Congress (ANC) party leader and is appointed as the prime Cabinet secretary. He is a Western region kingpin who supported the president at the hinge.

Others are former Machakos, Governor Dr. Alfred Mutu who is Maendeleo Chap Chap party leader and is appointed as the Cabinet Secretary of Foreign Affairs.

Those are the bigwigs set to quit the party posts to take states' jobs. Their commitment to serving their parties is minimal and tiresome when tied to government roles.

Content created and supplied by: Chelule~Digital (via Opera News )