By GOAT-MATATA (self media writer) | 28 days ago 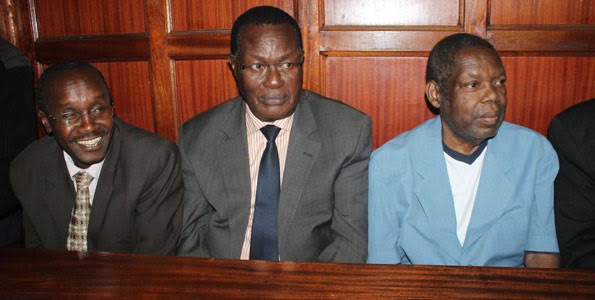 The trial Magistrate in the case touching on Chris Obure Justice Alice Mwangi has ruled that former Kisii county senator Chris Obure has a case to answer.

In a brief ruling, Trial Magistrate found Obure and his co-former government officials with a case to answer and have been placed on their defence after the court said that the prosecution has established a prima facie case against them. 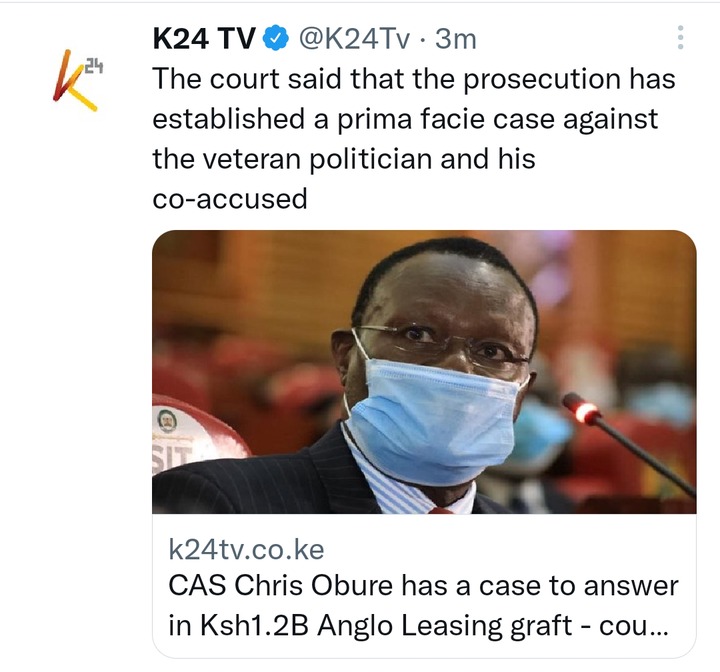 The former Kisii Senator Chris Obure and two former Permanent Secretaries are charged over the multi-billion shillings Anglo Leasing scandal that rocked the country more than ten years ago.

Former Finance Secretary Samuel Bundotich was charged with abuse of office and conspiracy to defraud the Government.

Content created and supplied by: GOAT-MATATA (via Opera News )

Sabina Chege Attends a Send Off Event in Murang'a, Mourns The Death of Janet Wanjiku Maina