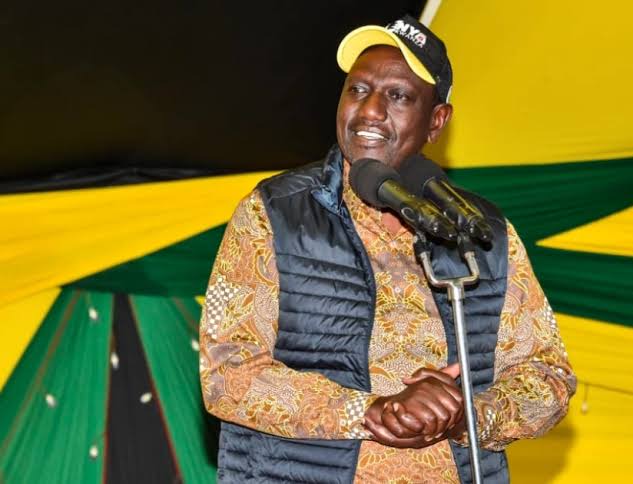 Wlliam Ruto told members of Azimio's coalition to stop posting his alleged clip, which has been trending on social media for two days in a row, urging that these are the reasons why he nearly clashed with Uhuru after protesting against the elections led former Supreme Court President David Maraga to annul the elections on the grounds of alleged irregularities.

Ruto now says that Raila shouldn't use the clip to get more support from Kenyans as all the pain and disagreements between him and Uhuru started when Odinga went to court which in turn annulled the election leaving Uhuru shuddered and almost.

Leaving the presidency for Raila. Ruto added that in 2017 he woke up early and held more than three meetings before Uhuru Kenyatta came on the scene, making him a hard working man who had every right to push Uhuru to to be strong despite the chaos to stay.  “I heard a certain clip doing the rounds on social media and Raila and her allies are spreading it.

You shouldn't complain further because I was angry and I even kept urging Uhuru not to give up her seat to Raila Who basically caused the problem as it caused Maraga to vote our elections which we rightfully won , to be declared null and void.I also remember working hard, waking up and taking the campaign path, up until three meetings before Uhuru's arrival, and certainly I had the right to be confident and claim our  victory. says Ruto.

However, he went on to say that Raila had promised the Embu people that he would build a modern paved road in the county when he was Prime Minister, but then he ignored them and returned to However, the leaders of the region near Ruto said that he proposed the alternative model of conducting government projects while he was minister, but the proposals were applied elsewhere, including in Raila's backyard, never benefiting other people Prime Minister, he came here and lied to them and said he was going to build a very long and improved paved road here, but then he disappeared and came here with his guides so he could lie again.

I also made several proposals in the grand coalition government to deploy projects in different districts to achieve regional balance in development, but they were discarded and applied in other districts. "Ruto added. 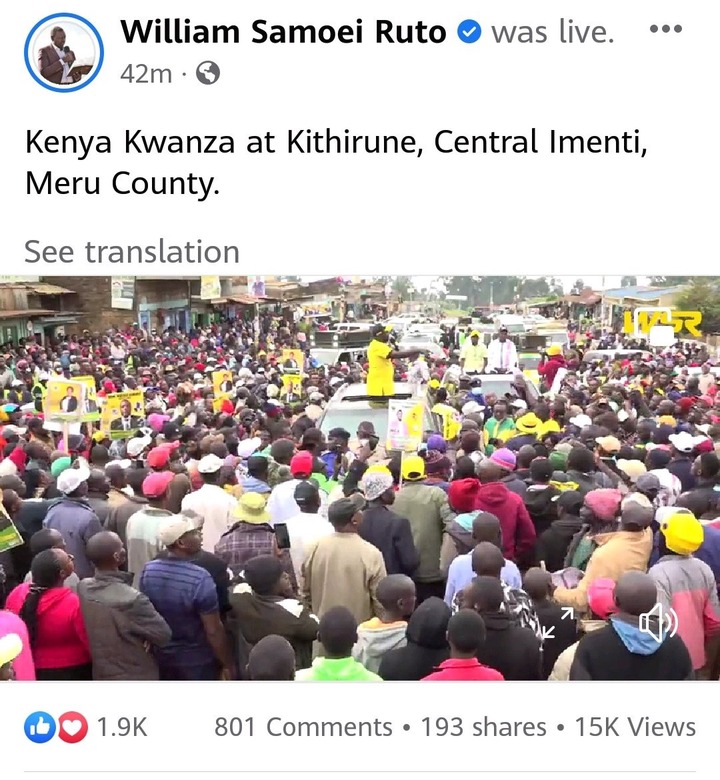 A clip in which Ruto could be heard addressing people who said he almost beat Uhuru in 2017 after she said she wanted to give the place to Raila has gone viral and has attracted many reviews with which  The Dp spoke Embu people today.