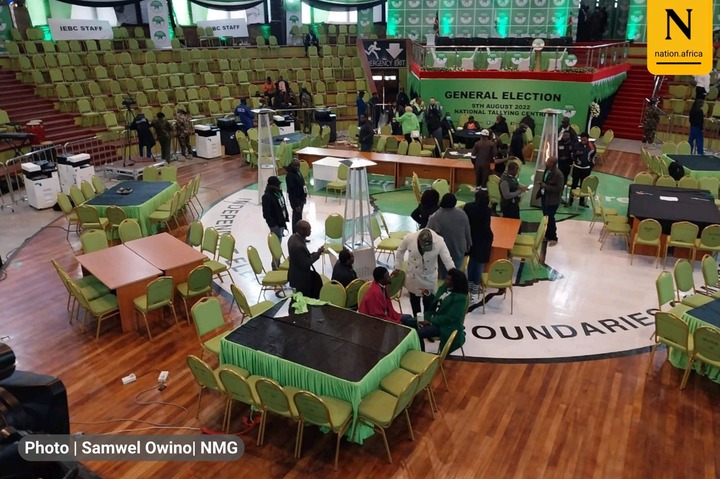 The IEBC has completed the receipt and verification of Forms34Bs from constituencies at the Bomas of Kenya.

On Monday morning, the exercise concluded, and the clerks who had been involved in the tedious work had already cleared the venue. According to photos taken inside Bomas, the stage has been rearranged and is ready for the announcement of the Presidential results.

The winner is expected to be announced shortly by IEBC chairman Wafula Chebukati.

All camps are confident that their candidates will be declared the winner. However, Agano party presidential candidate

Despite their fears, most residents of Eldoret and Kisumu, where Raila and Ruto are from, have stated that they are ready for whichever of the two candidates is declared the winner. They have vowed to keep the peace and go about their daily lives peacefully. 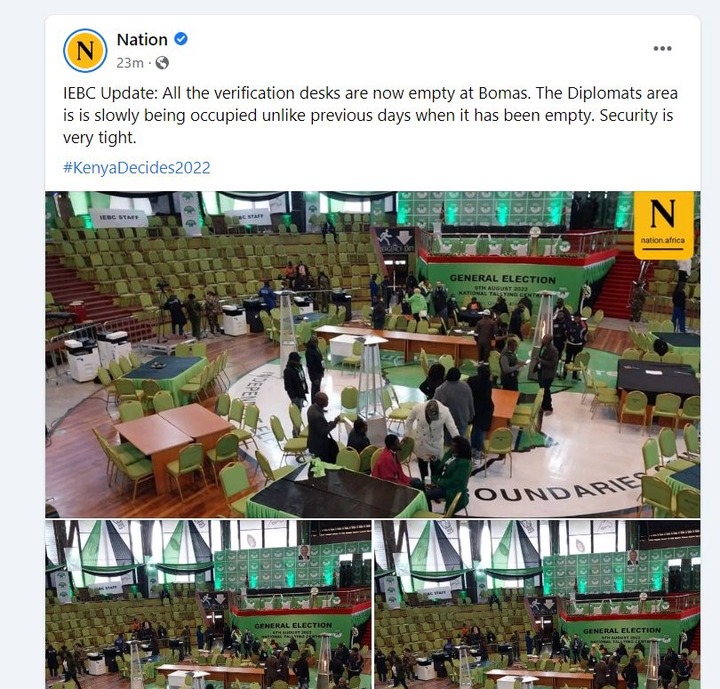 Security has already been increased at Bomas in preparation for the big announcement.

UDA Politician Cries Out Over How Ruto Was Received in Homabay, Alleges What Raila Should Do

Monthly Salary of The president, Governors, Senators, MPs and MCAs in Kenya