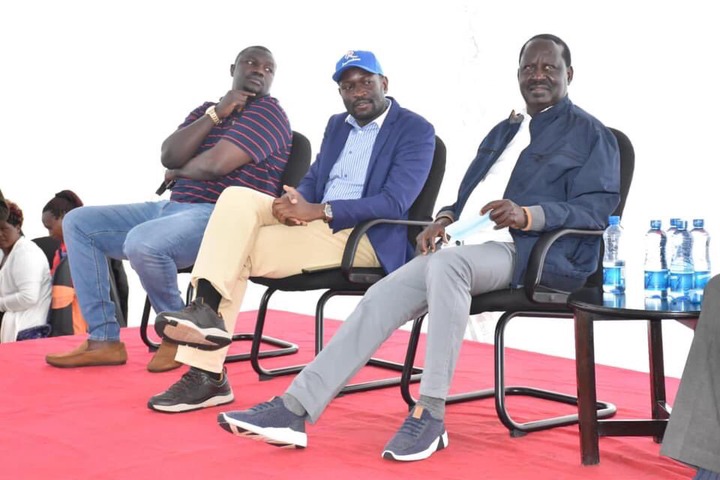 The former Prime Minister and leader of the Orange Democratic Party Raila Odinga has declared that Friday, December 10 will be the day when he clarifies whether he will run for the presidency in the next presidential election.

ODM delegates will gather at the Kasarani Stadium to hear the ODM leader's ambitions for the presidential seat in the 2022 elections.

Despite him not officially declaring his candidacy, all signs point to him vying for presidency. The ODM leader is expected to declare his candidacy and unveil his manifesto.

Odinga is expected to outline his campaign strategy to reaffirm his vision for Kenyans, with a cutthroat campaign in the works, during the event, which is the finale of the Azimio La Umoja national campaigns. 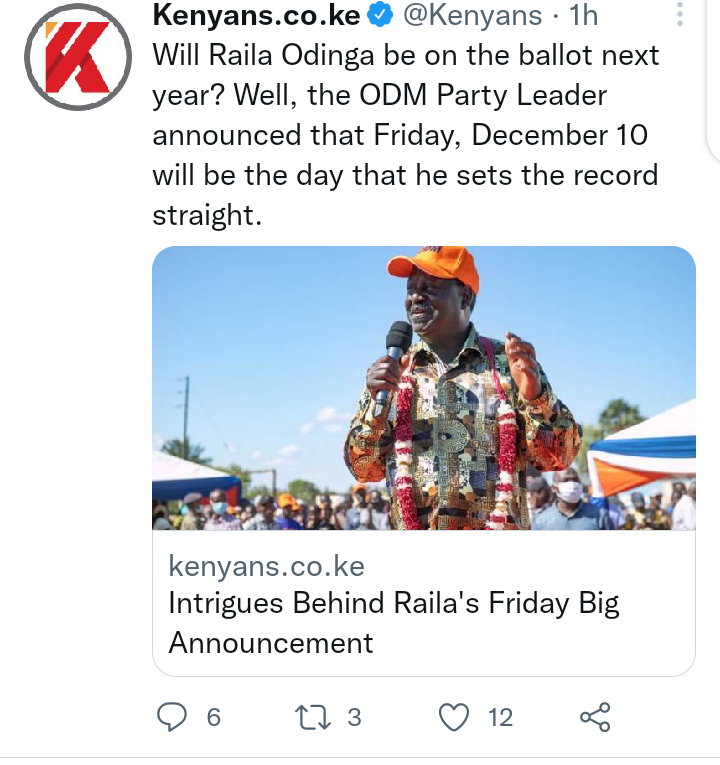 Raila's team, a group of five or six leaders who would work with him to launch his campaign, are slated to attend the Kasarani rally.

There is a chance Odinga would discuss the ODM's relationship with the ruling Jubilee party, especially since coalition talks are currently in full swing.

After attending the former Vice President's NDC, where he was endorsed as the party's presidential candidate, it is expected that Odinga will reveal his plans with the One Kenya Alliance (OKA) in terms of sealing a deal with Wiper Party's Kalonzo Musyoka, implying that they will work together in the coming elections.