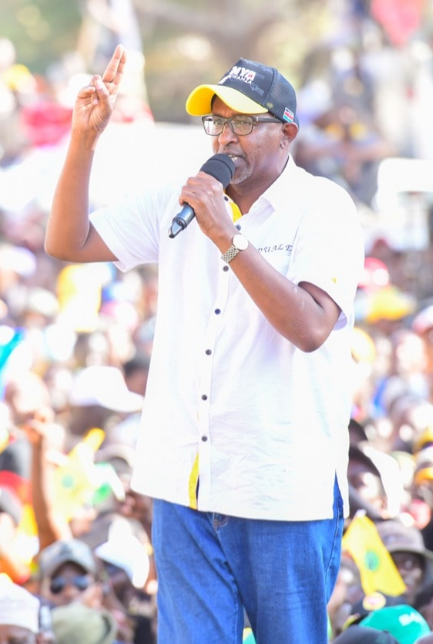 Former majority leader Aden Duale who is the outgoing Garisa Town ship Member of parliament has angrily reacted to the decision made by President Uhuru Kenyatta on the choice of leaders he has chosen to be part of the transition committee ahead of the 9th August election. 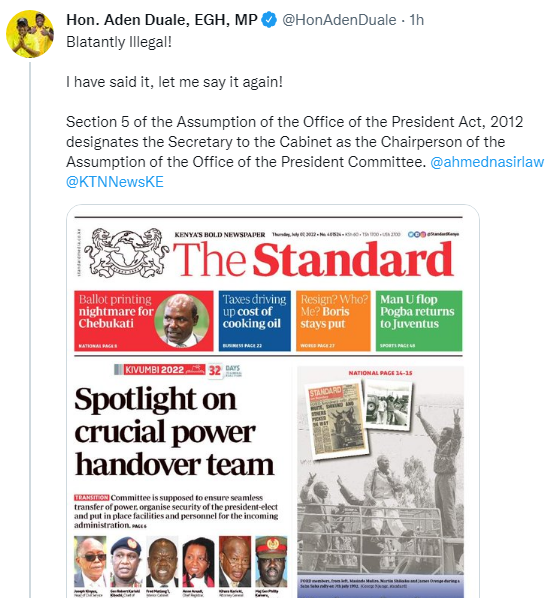 The power transition committee appointed by Uhuru is meant to make it easier for the new fifth president who is going to be elected after on 9th August.Uhuru's term is expected to end this coming August.The people on the power transition committee are interior cabinet secretary Fred Matiangi,KDF forces commander Fred Kibochi,Joseph Kinyua,Head of national police srvice Hilary Mutyambai,Anne Amadi,Kinuthia Mbugua among others.

As the election nears it is our hope that peace will prevail as Kenyans vote for a new president.Kindly comment,share and follow for more political updates as the happen.

VIDEO:Some Kenyans Have Decided Not to Vote in the August General Elections