By Githuria.co.ke (self media writer) | 20 days ago 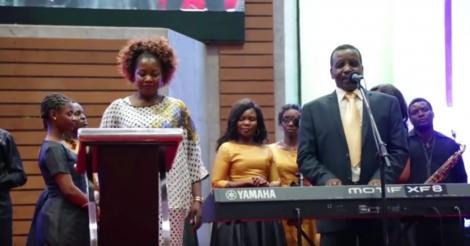 Presidential aspirant and gospel musician, Reuben Kigame, has lamented over the comparison of his political ambitions to that of Pastor Pius Muiru.

During an interview on KBC on Wednesday, October 6, Kigame revealed that a section of Kenyans had urged him to shelve his presidential bid, stating that he would lose the election.

The Enda Nasi hit-maker added that the members of the public focus more on the failures of candidates when electing their leaders. 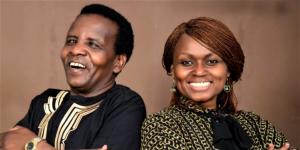 "People always tell me to remember what happened to Muiru, and that is the only tired line they give me," Kigame revealed.

The renowned gospel artist also expressed his displeasure at the focus on his religious inclination rather than his career achievements.

"Why don't they look at Reuben Kigame the teacher at Mary Hill High School, the teacher at African International University, and the person who run the media for 10 years?"

"How come I can sit here with you as a completing PhD student and people just imagine that I sing 24/7?" he wondered.

The presidential aspirant went ahead to reveal that the comparisons had also earned him endorsements.

In April 2021, the Kigame announced that he would be vying for the presidency in the upcoming 2022 General Election as an independent candidate.

He stated that he would run on a transformative agenda adding that 'Reset Kenya' and 'Make Kenya Great Again' would be his motto.