By Trendingmaster (self meida writer) | 8 days 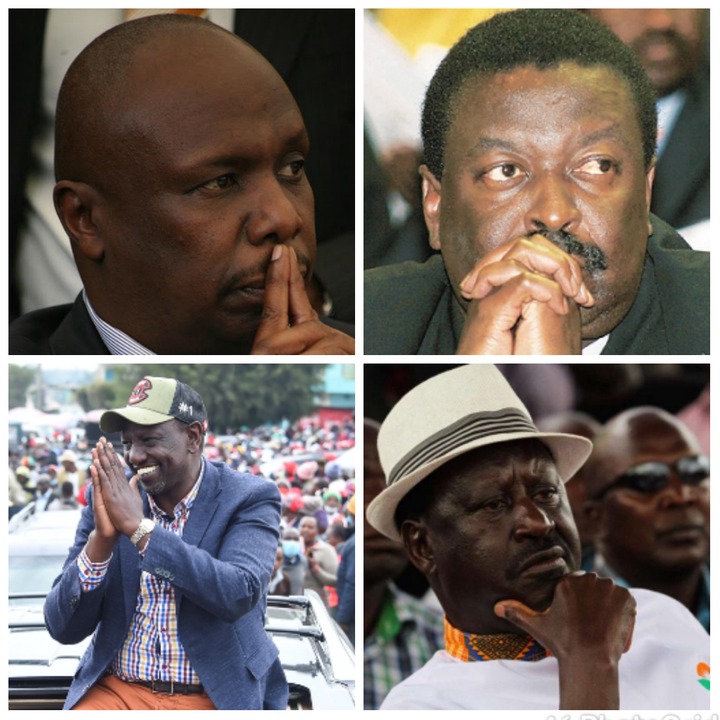 With only less than 11 months left to the next General Election, several presidential aspirants have emerged with hopes to succeed President Uhuru Kenyatta once his term comes to an end.

Although all the above leaders believes they will be elected by kenyans to succeed President Uhuru Kenyatta, the latest poll conducted has dealt most of them a huge blow after it emerged that most kenyans will not vote for them.

According to the poll conducted by the Star, where it sought to know who is likely to succed President Uhuru Kenyatta once his term comes to an end has showed that DP Ruto has the highest chances of succeeding Uhuru.

According to the reports from the poll, Deputy president William Ruto is likely to succeed President Uhuru Kenyatta, where he got 63.3 per cent.

Raila Odinga, Musalia Mudavadi and Gideon Moi got 28.4 per cent, 5.4 per cent and 2.9 per cent respectively. 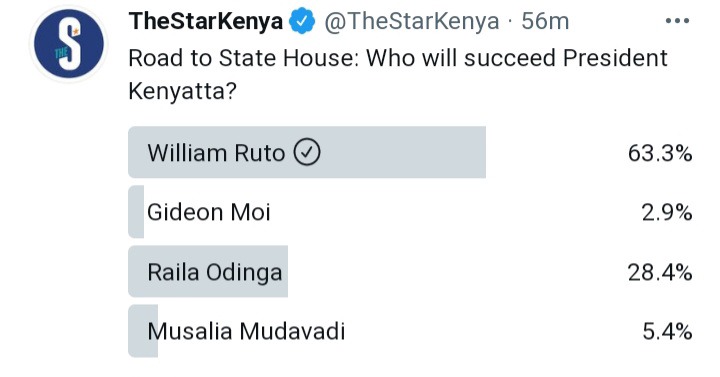 This shows that Raila Odinga, MusaliaMudavadi and Gideon Moi need to do more ahead of next year's for them to clinch the presidency.