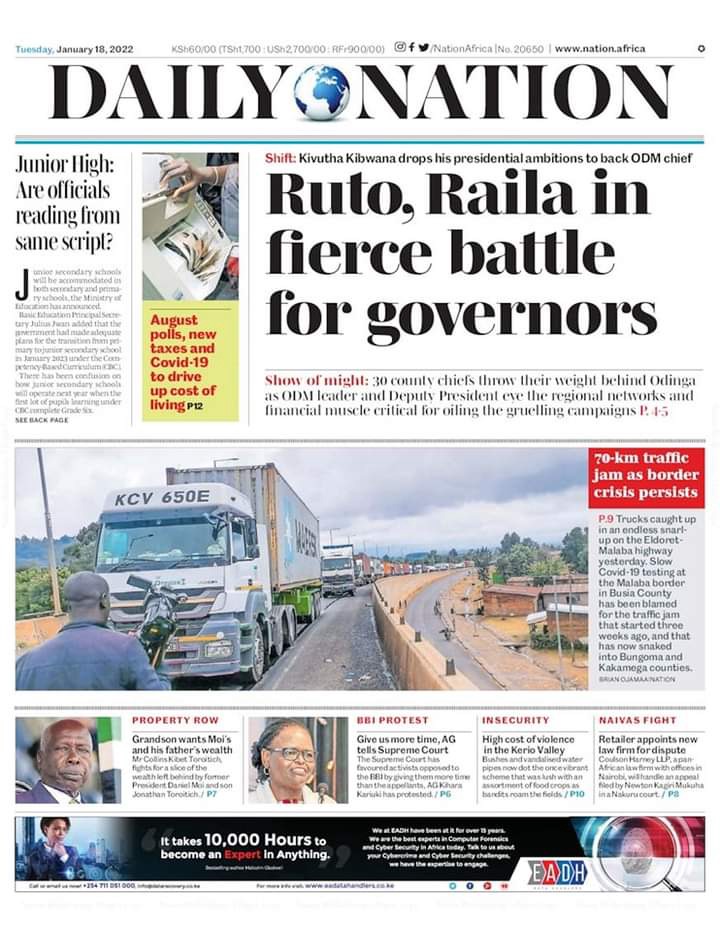 In the meeting four agreements which included cooperation in health, water, education and diplomatic sectors were signed.

The push by former Prime Minister Raila Odinga to become the fifth president of the country has received a major boost after 30 governors backed his presidential bid on Monday. 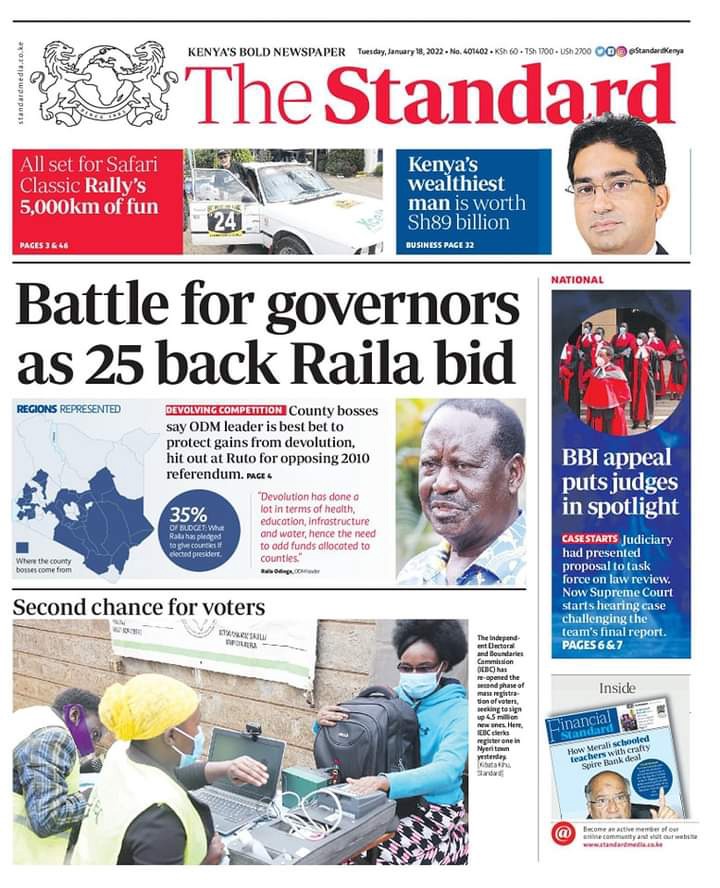 The governors met Raila under Azimio La Umoja in Naivasha and agreed Raila is the only presidential candidate who has guaranteed the safety of devolution.

The Attorney General is protesting the time he has been allocated to argue his appeal against the BBI bill at the Supreme court. 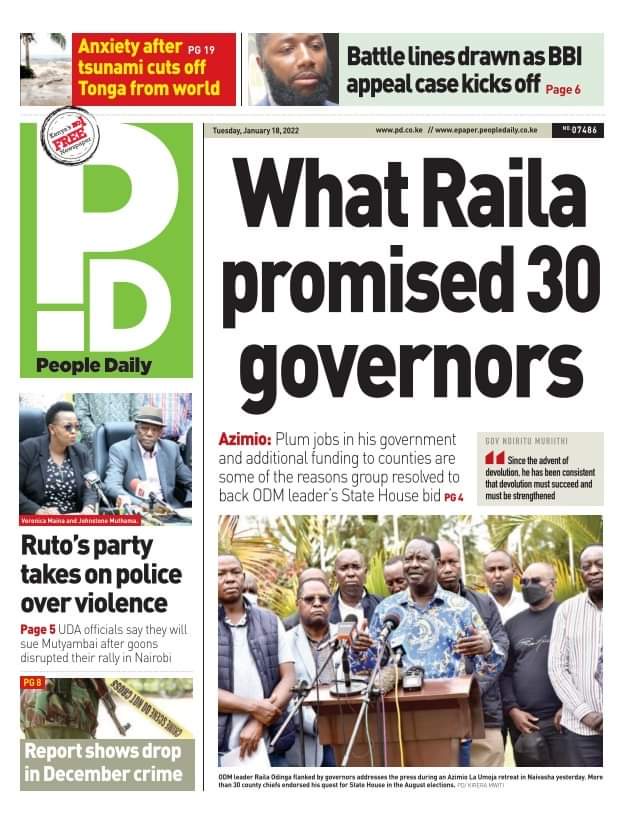 The AG says he is the main appellant in the appeal yet the respondents have been allocated a combined time six hours.

The Supreme Court will commences the hearing of three consolidated petitions on BBI bill from Tuesday for three consecutive days. 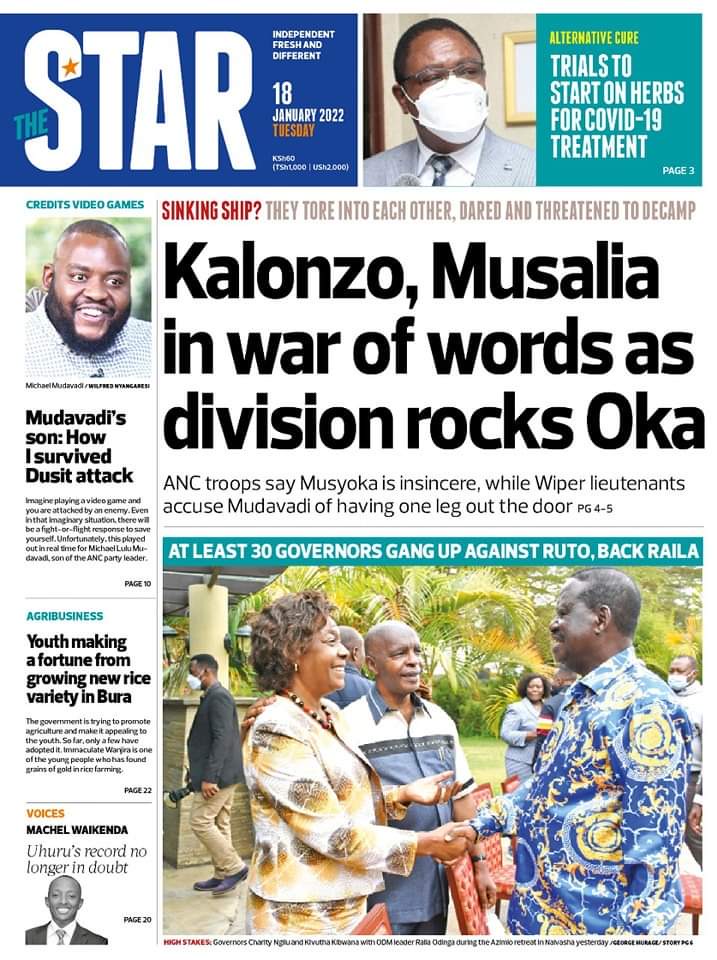 The government has completed connecting the new standard gauge railway with the newly refurbished old metre gauge railway in Naivasha Inland Container Depot ICD in a bid to ease transportation of cargo from Mombasa to Malaba and other parts of the country and as well as beyond the borders.

Speaking after commissioning the operation of the facility in Naivasha, Kenya Railways Managing Director Philip Mainga says the launch will make transportation by rail more effective and affordable. Timothy Kipnusu with the details. 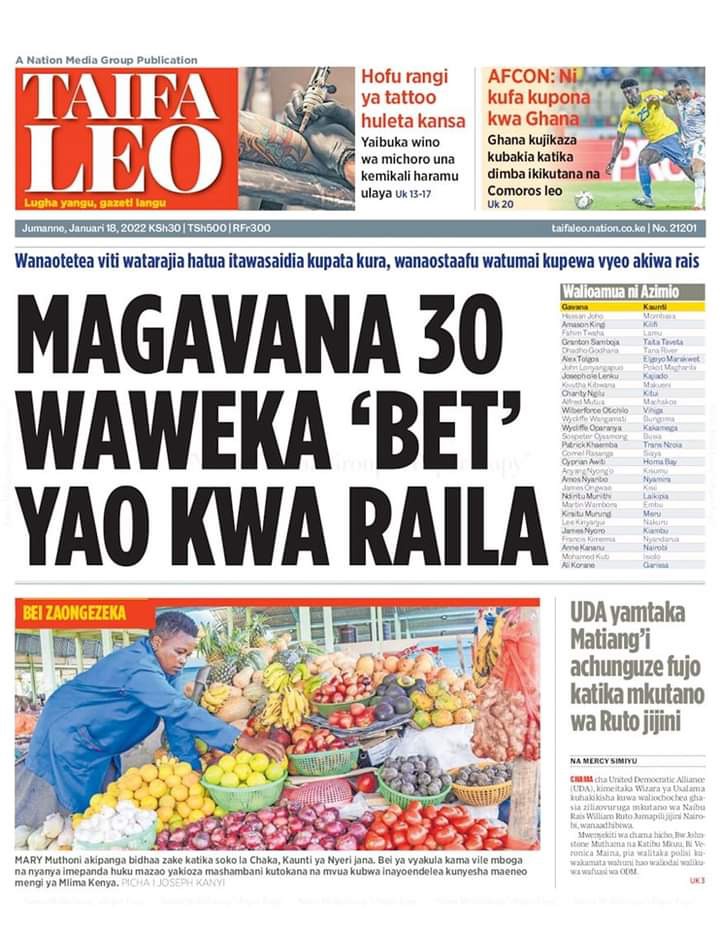 A Humanitarian crisis is looming due to the ongoing insecurity in parts of Baringo County as affected people flee from their homes . In Lamaiywe, Mochongoi ward, Baringo South hundreds of families have fled their homes after one person was killed and houses burnt to ashes by suspected bandits. Residents are taking cover in Kapkechir. 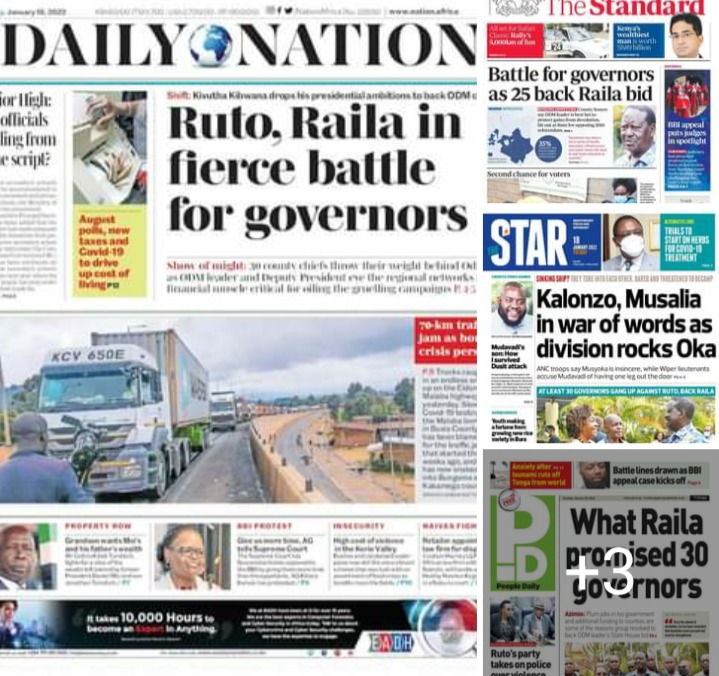 Opinion: A Move That Raila Has Made That Will See Him Getting 80% Of Coast Region Votes