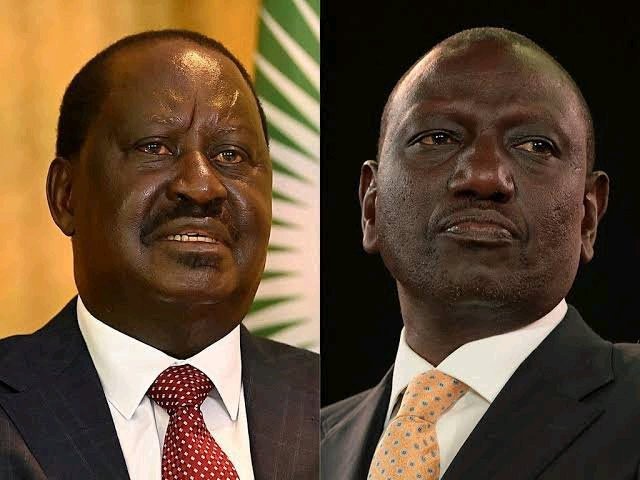 Raila Amollo Odinga for the first time broke the silence on his presidential loss and what triggered him to accept the Ruto's win as was declared by Chebukati. Independent Electoral and Boundaries Commision Chairman Mr. Wafula Chebukati declared William Ruto as the winner of the 2022 presidential elections.

However, Raila led Azimio La Umoja One Kenya Coalition side disputed the results saying Ruto was rigged in. The Azimio camp later filed presidential petition at the Supreme Court saying Chebukati's declaration was null and void.

After one week of hearings, the Apex Court dismissed Raila's petition terming it fake and lacked enough evidence. Raila who is supported by half of Kenya's population rejected the court's ruling. Raila believed that the Judiciary was highly compromised by Ruto's camp.

However, Raila's silence to hold any protest was blocked by International Criminal Court (ICC). According to Raila, the ICC made him accept William Samoei Ruto's win without further objections. Raila said any attempt to protest could have plunged the country into chaos. 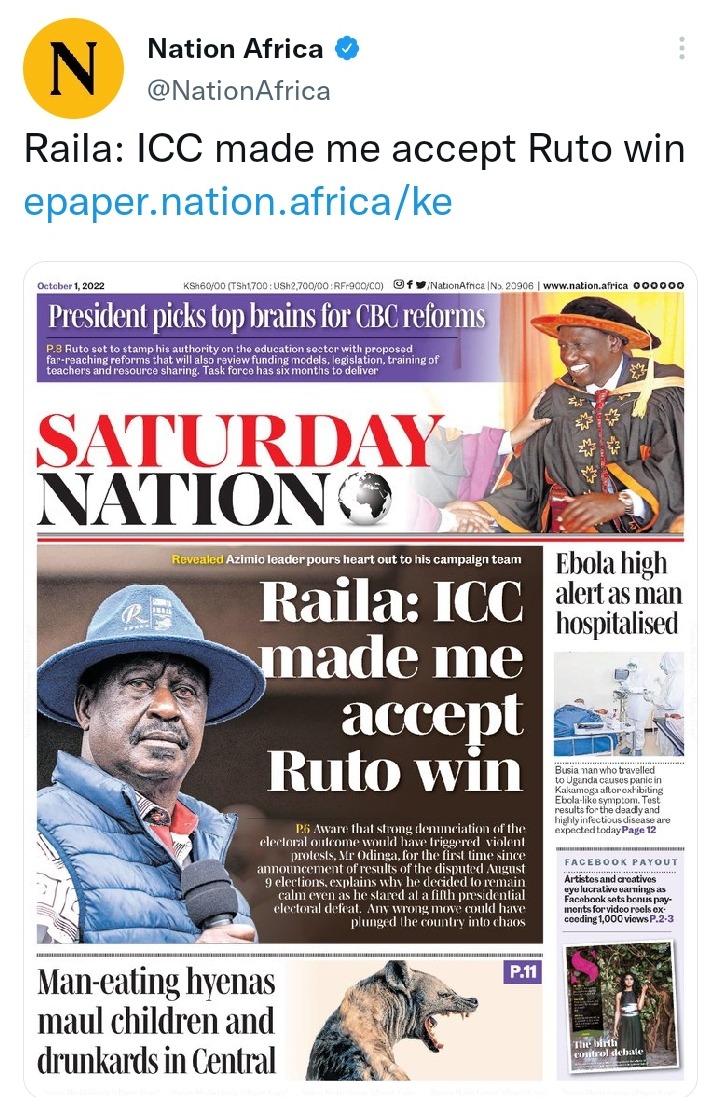 What Will Happen to 15 Schools That Failed to Pick Papers as KCPE, KPSEA Exams Started

Just In: Bad News as President Ruto Issues a Statement Over the Closure of Clubs in Nairobi

Uhuru, Ruto To Come Face To Face In Public Since Inauguration At a Function In Nairobi