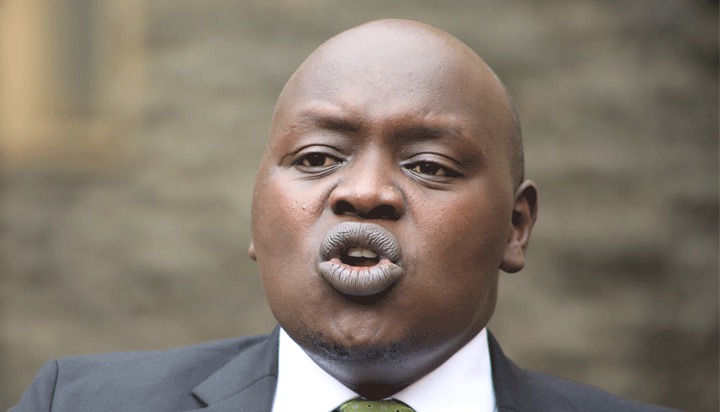 Deputy President Rigathi Gachagua has been under fire from some of the government institutions over the last week especially because of the unsubstantiated claims he made about those institutions while addressing different media groups.

Most of them have corrected him in public and this has now led to a great uproar among some of the UDA leaders who now feel that Gachagua is being disrespected. One among them is the Nandi Senator Samson Cherargei who has now fired back at those institutions in his latest online spat.

Cherargei maintained that DP Gachagua was right when he claimed that entities like the Central Bank of Kenya, KQ, and DCI were affected by the state capture in the previous regime.

“DP Gachagua was right, state capture is real. State agencies must stop correcting DP in public. It is bad manners and insubordination towards the presidency. From Central Bank of Kenya, DCI, and now KQ,” said the senator. 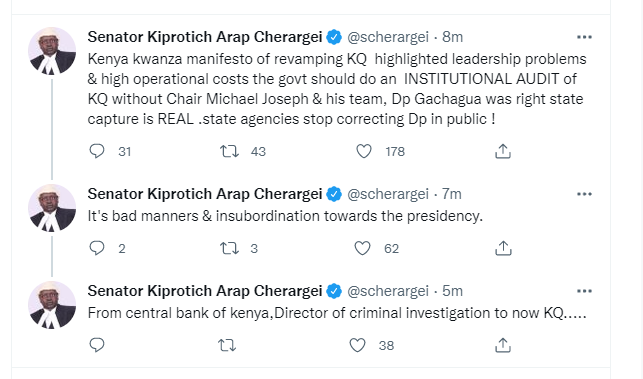 The altercation between the state agencies and DP Gachagua took a new turn a couple of days ago when one of the Mount Kenya politicians claimed that there is an attempt to discredit Gachagua and tarnish his name through a selective reporting of the things he says during media interviews.

"They'll Keep Winning, Such Remarks Cannot be Ignored" Expert Weighs in on Remarks By KKA Politicians

Cost Of A Plane Ticket From Nairobi To Mombasa