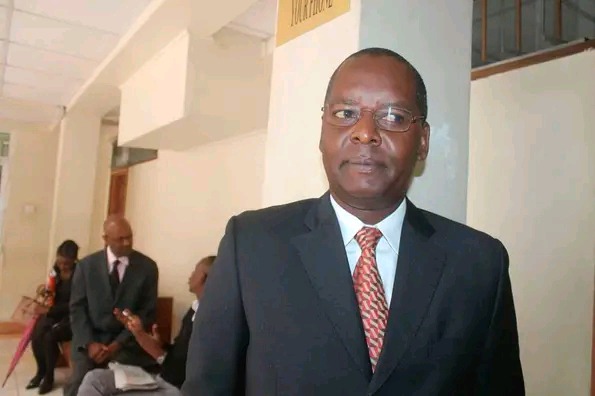 Dr Kimunya who was gunning for a third term in Parliament on a Jubilee Party ticket, has been defeated by former Nyandarua Women Representative Wanjiku Muhia.

A powerful figure during the President Mwai Kibaki era, Dr Kimunya once served as Finance Minister before being forced to resign. He would later bounce back as Transport Minister.

In 2013, he lost the Kipipiri MP seat but managed to bounce back in 2017 when he recaptured the position on a Jubilee Party ticket.

In 2020, he ascended to the powerful National Assembly Majority leader position after the ouster of Garissa Township MP Aden Duale.

In the Mount Kenya region, he is one of the most experienced politicians having been in the game for close to two decades.

In a region where President faced resistance over his choice of Azimio la Umoja presidential candidate Raila Odinga as his preferred successor, Dr Kimunya remained firmly behind the Head of State. His decision has ultimately cost him the MP seat.

For Muhia, it is a major political comeback after a humiliating election defeat in 2017.

Muhoozi Dropped As Commander Of UPDF Land Forces Day After His Remarks, Given This Role

What Woman Did While William Ruto Was Giving His Speech in Mathira.

President Ruto forced to stop his speech after a woman interrupted him during burial in Nyeri.

Woman Who Interrupted President Ruto's Speech Breaks Silence; Reveals How Much She Wanted From Him

President Museveni Appoints His Son To Another Rank