In a post seen by Nation on his official Twitter handle, the Kakamega gubernatorial candidate shared a photo of him with Amani National Congress, ANC Party leader Musalia Mudavadi and Ford Kenya's Moses Wetangula on either side. He captioned the picture with a text indicating his campaigns at the grassroots. It is not clear what Mr Malala wanted his supporters to interpret from the photo. 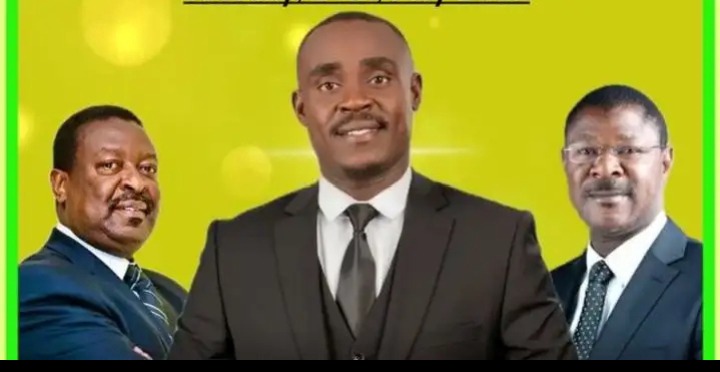 Elgeyo Marakwet Senator Kipchumba Murkomen has responded to the post and the subsequent article by Nation claiming that it has been misinterpreted. He noted that Malala only failed to highlight the DP because he was not going to attend the event. 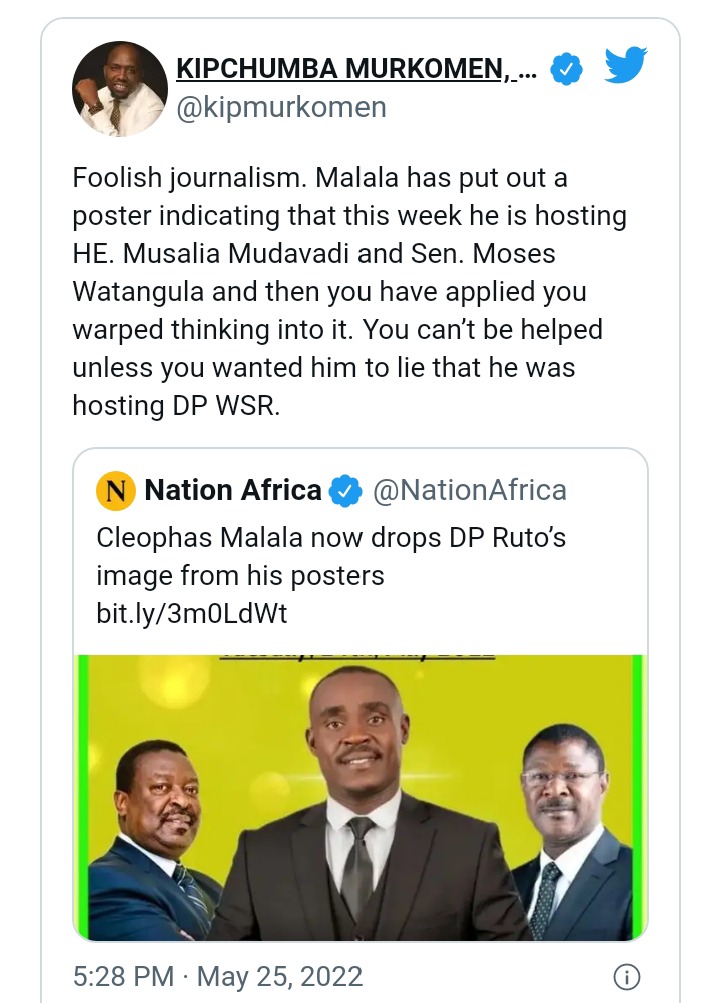 Malala has been known for his spontaneous statements and actions that have always sent tongues wagging in the political arena. He was the first to threaten ANC's exit from the One Kenya Alliance causing a storm in the coalition that was later dismantled.

At the beginning of May, the Senator also rubbed shoulders with the Deputy President saying that he was the stumbling block against Mudavadi and Wetangula reaching the 70 per cent Western region votes target due to his constant forays into the region.

His sentiments were however met with silence from the DP and other UDA members from the Western region including his Party leader Musalia Mudavadi.

Here Is The Significance Behind Ruto's Casual Slick look

Commotion As Man Interferes With IEBC Meeting With Raila, Ruto And Other Presidential Candidates