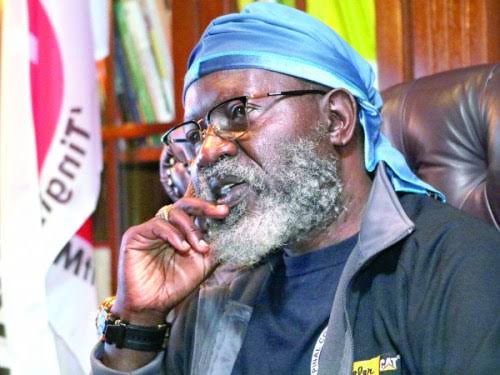 Etale claims that Ruto, also a candidate for the top seat in the August poll, is worried that Wajackoyah is eating into his support base and has as a result been exploring ways of getting him off the way.

He alleges that as a result, the DP has offered the lawyer Sh200 million to drop off, upon realizing that with Wajackoyah in the contest he has absolutely no way of ascending to State House.

"Watching Prof. Live on Citizen Tv spewing wisdom. This man is for sure giving Ulliam sleepless nights. No wonder he (Ruto) wanted to bribe him with Ksh. 200M to drop his bid for the top seat. Eish!" Etale, an ally of ODM boss Raila Odinga, says in a tweet. 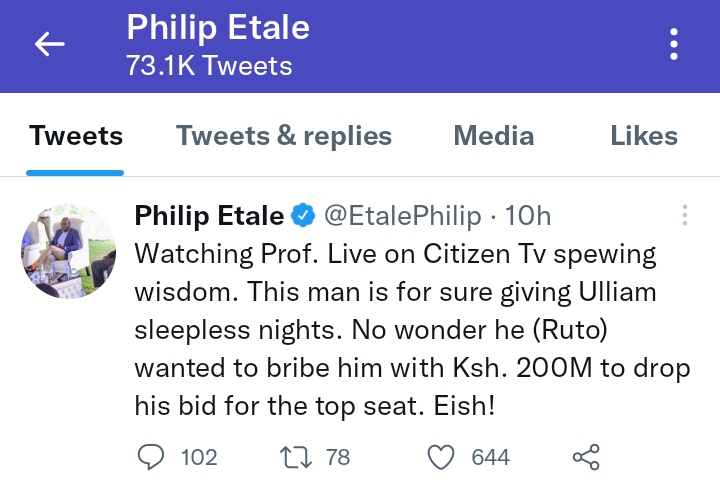 Raila is also in the race to succeed President Uhuru Kenyatta, with him and Ruto being seen as the leading contenders in the otherwise tight race.

Wajackoyah's ideas have been seen to endear him to the youth, hence the narrative that he is spoiling it for Ruto, who is seen as heavily dependent on the group.

He (Wajackoyah) is, for instance, proposing the legalization of bhang for export purposes, which has excited the young generation, a fair number of whom are now considered to be on his side.

He has also promised to have corruption convicts subjected to the firing squad and reduce working days to four in a week, and has expressed confidence in emerging victorious come August.