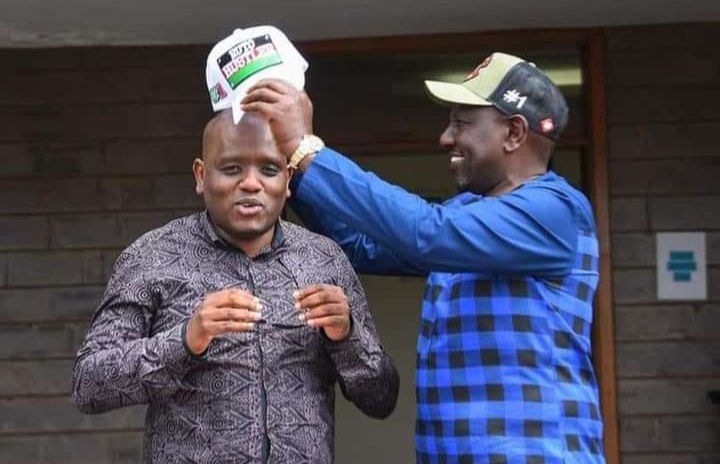 According to Itumbi, he has penned in his social media alleging that as per his alleged Hustler Nation Intelligence Bureau(HNIB), fresh details have emerged that as the Orange Democratic Movement party leader was hosting Gideon Moi and President Uhuru Kenyatta's elder brother Muhoho Kenyatta, the deep state had held a parallel meeting at Whispers Avenue, Gigiri to discuss matters President Uhuru Kenyatta's succession and how they need to deal with Raila Odinga.

Dennis Itumbi has continued to allege that in the meeting held at Gigiri, some of the details discussed was a plan to reinstall back Kakamega Senator Cleophas Malala to the position of the Senate Deputy Minority Leader which he earlier held.

The former Statehouse official has also added that another main agenda that was discussed is on how the so-called Cerelac Coalition made of One Kenya Alliance leadership is going to stop the ODM leader from fielding a presidential candidate in the year 2022. Mr. Itumbi has explained that there is also a plan to take Raila Odinga to court for going against the National Super Alliance agreement a move that will deal the former Prime Minister a big blow.

"Stopping Raila Odinga, based on a clause in the Nasa Agreement that technically knocks out ODM from the 2022 race and stops them from leaving Nasa without the Approval of any other two parties in the Coalition," Itumbi has said.

Raila Odinga Should Do The Following After The BBI Fall(Opinion)

Church Girls or Party Girls, Who will you Consider dating? Here is What you Need to Know First

Speculations As Itumbi Requests Kenyans To Pray For Police IG