Suna East Member of Parliament Junet Mohammed has expressed that all participants for Azimio la Umoja Convention at Kasarani Stadium will be required to dress officially.

The outspoken legislator noticed that the occasion would be international and was expected to attract foreign dignitaries, calling for the need to adhere to rules on decency.

"There are no specific colors, but everyone should come in the clothes that they love since it is a major day, an international day of big celebrations - a day for "azimio la umoja". 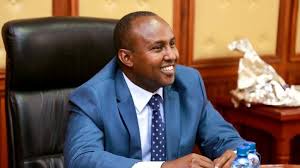 "Anybody can wear what they want however they MUST be formally dressed, not coming in shorts or clothes you use for swimming. Come formally dressed, dress well like you are going for a serious event," the National Assembly Minority Whip reported.

Talking at Kasarani arena during his visit to review the plans of the event that is planned to take place on Friday, December 10, the MP expressed that progress was appealing and that most of the issues were sorted.

He added that the ODM leader Raila Odinga had visited Kasarani on Thursday morning, expressing his satisfaction with the preparations.

Junet further urged Kenyans to turn up in large numbers for the much-anticipated day adding that Raila was expected to launch something big.

During the highly waited occasion, the former Prime Minister is expected to officially declare his presidential bid in the 2022 General Election and announce his strategy for his campaign to push his agenda for Kenyans. 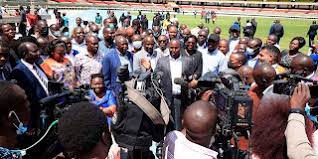 The ODM party leader has reiterated that the meeting would not be a one-party affair, expressing that representative from other parties, including Jubilee, would likewise be in attendance.

members of the business community from the Mount Kenya region led by the Mount Kenya Foundation are expected to grace the eagerly awaited event, having endorsed Odinga's presidential bid on December 8.

The ODM leader hinted that he would be vying in the upcoming elections regardless of past hesitance to take a stand.

The former premier as of late expressed that his fifth stab at the presidency was fuelled by Kenyans, who he says have pushed him to run for the presidency. 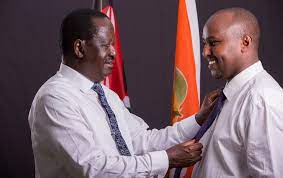 Revealed: What Uhuru And Raila Expect From Supreme Court In BBI Hearing Tomorrow