Political analyst Denis Mokua has warned Kenyans against supporting their leaders blindly urging that most of them have selfish intrests and will never care about Kenyans in all their careers, despite the fact that their subjects are looking upon them.

Mokua supported His claims by saying that Most regional Kingpins are calling for the Unity of their people, with hopes that they could have huge followings and secure spaces in the negotiations table when it nears elections, while fighting for the bigger positions.

He further added that Mt Kenya politicians are currently forming individual Political Parties, so that they can merge it with UDA at the end a avoid being kicked out like it happened with Jubilee, since they didn't have their own parties. He asked Kenyans to ask their leaders the one benefiting from the Unity.

"If you hear this leaders speak, it's all about Unity of their people and yet nobody is speaking about the bad Price of coffee, tea and other income source of Kenyans. They are majorly focusing on their own Agendas and Kenyans should rise up and ask them bold questions including, who will be the biggest beneficiary when it comes to the Unity. They are also forming their own Parties that will come to agreements with UDA so that they don't be forced out later like what happened to Jubilee. "Mokua says.

The Analyst said that 2022 will be a year that will determine the direction we will take, either good or worst as a Country. He said that voters should hold accountable leaders so they can can give their economic plans and clear pathways towards victory, rather than politics of the mouth. Mokua sent a warning urging that if Kenyans elect corrupt leaders once again, then Countries like Burundi, Rwanda and others Will be ahead of us in everything, while we will be sinking slowly. 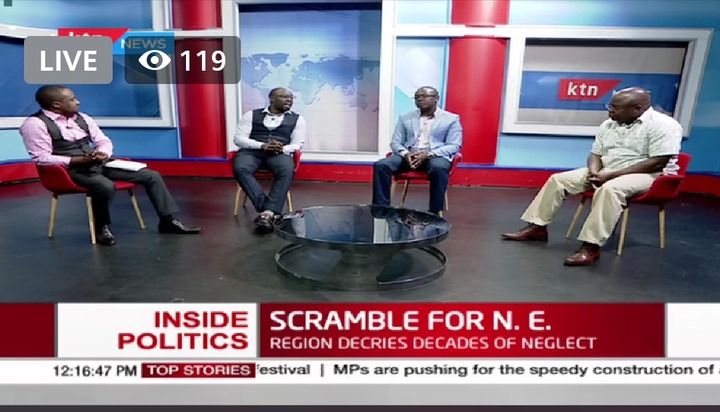 "Kenyans are the ones who have the choice to elect good leaders or still recycle mediocre politicians who have high track records of corruption. To avoid this, they should boldly the contestants on their economic plans to ensure that they have their intrests at heart, because failure to do so, some other nations like Burundi and Rwanda who have been very low economically will be on top of us. "He added.

Analyst Mokua was being interviewed in KTN News, while giving His own opinions on the ongoing political heat, where leaders are now regrouping in different alliances with the sole aim of retaining their seats, but they don't care about their electorate who work round the clock to ensure they turn up to vote for them.

Ruto among other players in the field have been giving their own plans for Kenyans, while insisting and promising to deliver better than Jubilee government that has failed Kenyans for Years.