By Eaglelift (self media writer) | 3 months ago

The Second in command deputy president William Samoei Ruto today, extended his hustler campaigns to the vast KANU hinged West Pokot county. The chief hustler is to tour four stop over stations in his campaigning before the onset of dusk. 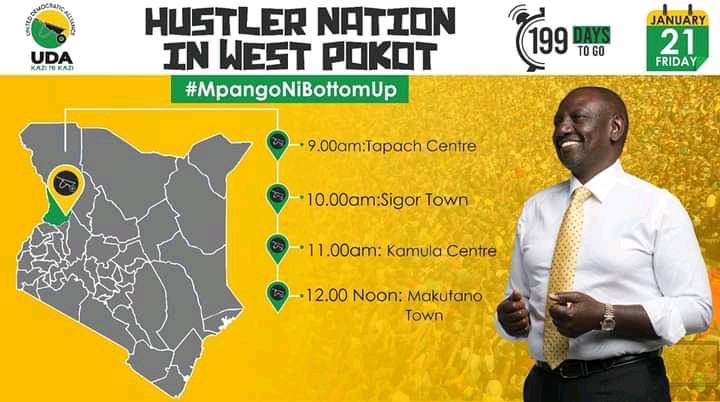 Despite of the scarce population in the county, The hustler's rally was stretched to limits by the overwhelming number of residents who painted the market stop overs yellow. 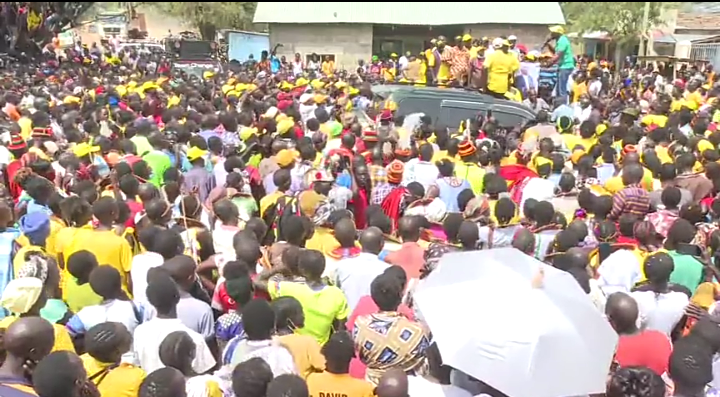 On his way to Makutano, the United Democratic Alliance (UDA) brigades were forced to stop at chebareria market to address the sea of humanity that was thirsting to hear the chief hustlers manifestos and his bottom up empowerments. In his speech, the "sipangwingwi ' phrase coined from Kenyan artists Trio mio and Extray rented the air. This was a unison response from the crowd after an attack mockery from the DP to his rival Raila Odinga . He accused Odinga of failing to sell out his manifestos to the people and instead hold meetings in hotels with few individual perceived to influence the voters to elect him as the next head of state. 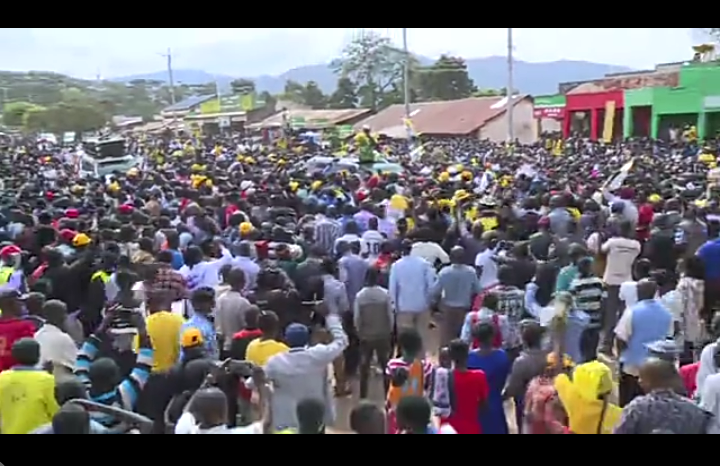 Kenyans reacted to Ruto's clip covering the event with mixed reactions. Majority however, applauded him of his bravery and leadership further offering their assurance in raising him to the status of the 5th president in the upcoming August 9th general elections.

Dennis Itumbi Alleges The Presidential Contest Is Between Ruto And Raila, & Not Karua & Rigathi.