President you Are not sensitive, Herman Manyora Warns

By Brandpolitics (self meida writer) | 4 days

Kiambaa gave him a trap and he felt for it. Professor Herman Manyara says that, Kiambaa have made Ruto go Headon with the President and outshines him,the best Ruto would have done is to allow Gatundu Mp Moses Kuria party, PeP to face Jubilee,but UDA was a suicide according to me,

You cannot use the Kiambaa parameters to say Kenya would be peaceful or not peaceful in the next general election,even if there were chaos in Kiambaa,it was a small thing to experiment the whole nation,he continued. 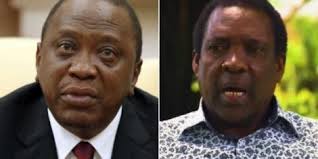 "President should be careful with the games he is playing, because suppose he would have gone to Kiambaa two days before election, Jubilee candidate would have won .But perhaps he wanted this trap set for Ruto," says professor Herman.

He said that, Intelligence in this country are weak or they are afraid to tell the president things at the ground or yet they tell him,but they choose to play in a certain way.

He warned the President of Boardroom politics terming that in politics, things are not always played in the boardroom,you have to be careful with what the people are saying.

"President you are not sensitive, crack some of your minister, Impunity is what brings government down,"Manyara Cautioned the President.

Content created and supplied by: Brandpolitics (via Opera News )

This Much Awaited Debate Set To Be Aired On KTN, See Details

I Don't Care About Gideon Moi, I Don't Need UDA or DP Ruto's Endorsement to Win Any Seat-Bomet Mp