How DP Ruto Pushed Late Saitoti To Resign As Vice President, He Later On Was Assigned His Duties 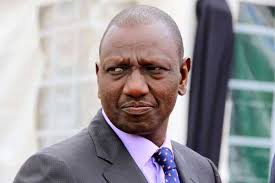 Pressure has been mounting on the deputy president William Ruto to resign following his continued disagreements with his boss president Uhuru Kenyatta.

Among those that have called for his resignation include the president himself who urged him to quit government if not satisfied with the way things are run.

However, Ruto has maintained that he is going no where because he has a mission to accomplish having been elected by kenyans.

The DP is discovering that resigning isn't that easy as he thought 19 years when pushed the late professor George Saitoti to resign from government as vice president then.

According to reports, Saitoti had refused to toe the party line whereby Uhuru Kenyatta was to be the flag bearer in 2002 general election.

William Ruto who was Moi's blue eyed boy asked Saitoti to hung his boots if he didn't want to support Uhuru kenyatta.

Saitoti and some other KANU bigwigs including Raila Odinga and Kalonzo Musyoka were aggainst Moi's choice of a successor.

Unfortunately for Saitoti, president Moi who then had powers to fire his deputy sacked him and some of his responsibilities of home affairs ministry were given over to Ruto. 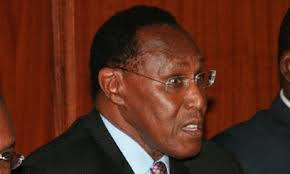 Fast forward 2021, Ruto is crying foul over his role in government complaining that the super cabinet secretary Dr Fred Matiangi has taken over his duties.

According to Ruto and his Supporters, Matiangi is now running government as Uhuru's Principal assistant.

Indeed, what goes around comes around. The shoe now is on the other side of William Ruto and it pinches more given that he helped craft the government where he is now an outsider.

It seems the only lesson Ruto didn't learn from his teacher and mentor the late president Daniel arap Moi was that in politics, betrayal is the chief currency.

William Ruto isn't the only one crying after being betrayed by his brother the son of Jomo.

After Supporting him severally for the top seat, Raila Odinga turned around and called NASA principals cowards who could not attend the 'swearing in' at Uhuru Park.

Raila himself has tasted the bitter bill of betrayal when Kibaki distanced himself from the 2002 MoU they had signed before the elections.

Do you think Political betrayal will ever end in Kenya? Feel free to share your thoughts and comments on this on our comments platform.

Amounts Of Money Raila Will Be Raised For By Each Of The Attendees Of His Campaign Funds Drive.