By MellitoKe (self meida writer) | 1 months 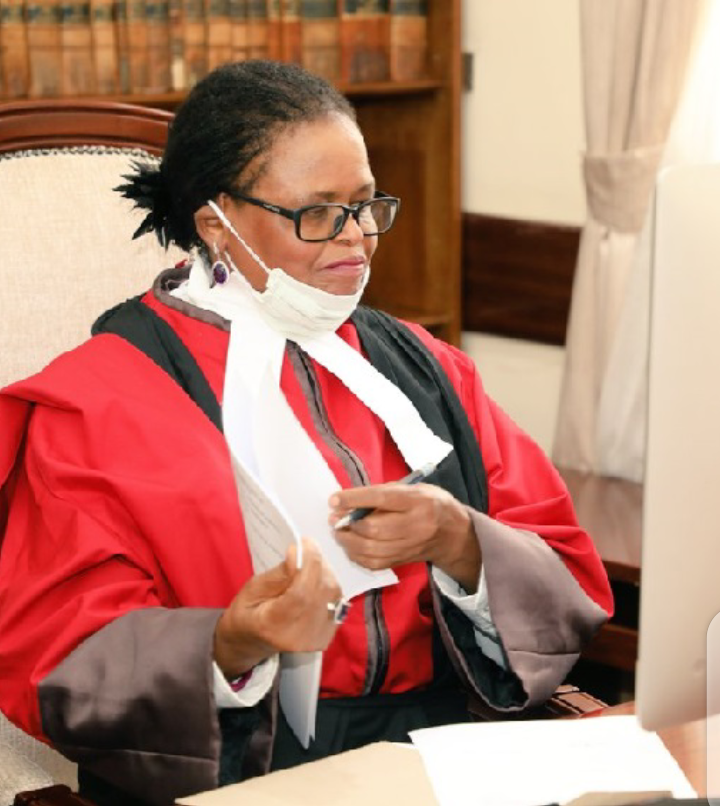 After the gazettement Martha Koome is expected to be sworn in as Kenya’s fifteenth Chief Justice, succeeding David Maraga who retired in January.

However, Days after Koome's nomination by JSC, Kongamano La Mageuzi in what they termed as exercising powers vested in the People directly by the Constitution of Kenya, had it that, upon her confirmation as CJ, they would want her to demand pending swearing-in of 41 Judges be conducted before she is sworn-in as CJ. 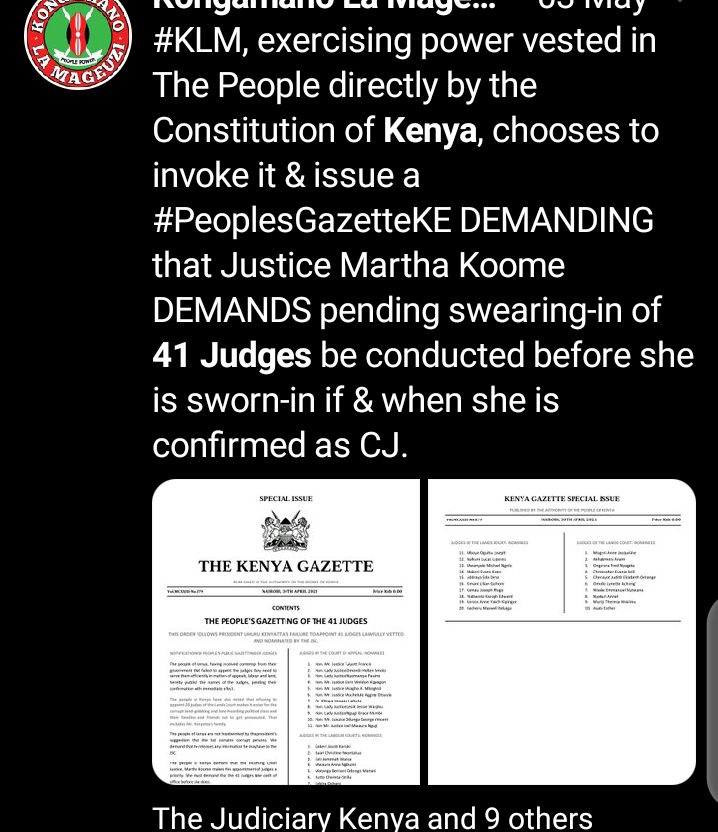 According to KLM, the executive and legislature had failed the country and Kenyans eyes were now trained to the newly appointed CJ Martha Koome.

KLM added that, Koome's background in human rights was "candlelight in the darkness" and that, she has to be the people’s servant and not a trained "dog" against the people.

After the swearing-in of the 41 judges had been declared overdue, LSK had written to the attorney general informing him that, the President of the Republic of Kenya’s failure to appoint the Judges was violation of the Constitution and the Judicial Service Act. 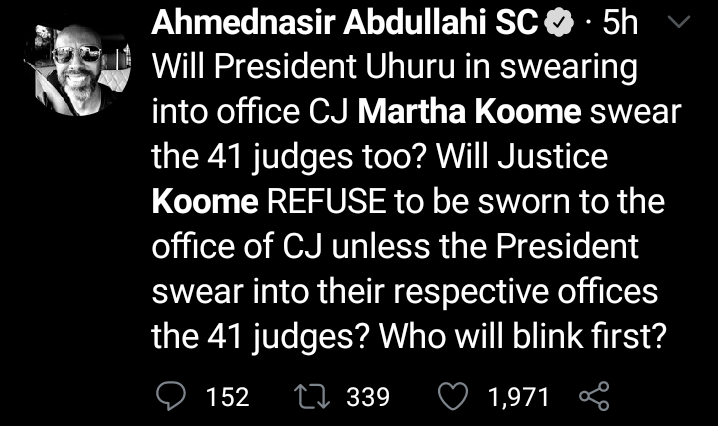 Content created and supplied by: MellitoKe (via Opera News )

She Hit The 'Bulls Eye' On America Got Talent Competitions

I'm Not Only Kenyan Born, I am Kenyan' Sky News Anchor Who Bought Her Mother A Kikuyu Watch Claims