By TeresaKE (self media writer) | 5 days ago 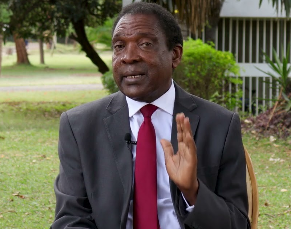 Political Commemorator Herman Manyora has stated that Deputy President William Ruto's hustler tag is a good and dependable strategy that can take him to State House, and win the presidency early in the morning.

Manyora however argued that, for the landslide victory to take place, Ruto must expand the hustler narrative as well as the bottom up economic model.

"If the narrative and the model are expanded in reach, scope, velocity and intensity, it is able to propel him to State House, but not through votes, although they will vote for him as a revolutionary movement," said Manyora.

In a past video, Manyora stated that Ruto would have captured votes across the country through the hustler tag, but his man focus has been Mount Kenya Region, a move that might not soldier on well with his bod in case the region fronts one of their own.

Despite receiving criticism and opposition from the former Prime Minister Raila Odinga, other presidential aspirants, Kieleweke MP among other rivals, Ruto and his camp have stood their ground that the next government will be made up by the ordinary citizen.

The Tanga Tanga faction has been drumming up their support for the economic model. Daylight Drama As Four People Are Beaten To Death, Accused Of Witchcraft