The deputy president, William Ruto was in His Western region tour and he stood with the businessman Jimi Wanjigi who was reported to be attacked in Migori County,on Friday 18th of September. 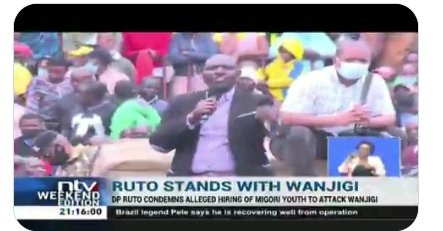 While addressing the residents in Kakamega county, the DP directed his blame to the leaders who are using Kenyan youths to involve themselves in political riots.The Deputy president blamed such act as he said that youths need jobs and not political wars. 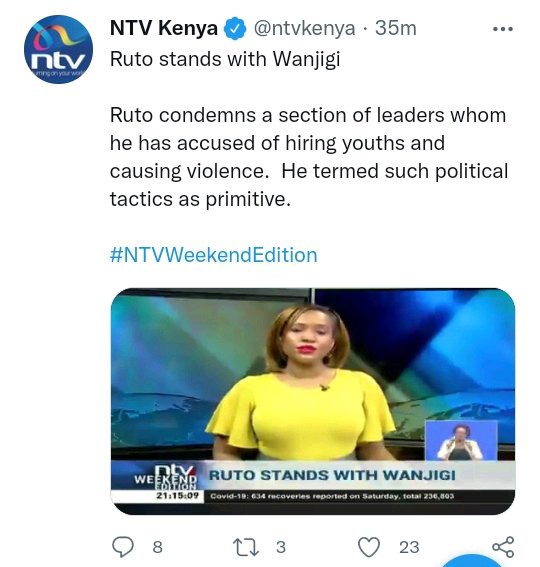 He also accused a section of leaders of conducting primitive type of politics just because of organising Kenyan youths to indulge themselves in political violence by hurling stones to other leaders.

It was witnessed that the businessman Jimi Wanjigi, his convoy was stopped with youths who threw stones while he was addressing the public. The deputy condemned such behavior claiming that those are the type of politics that as a country should do away with it.

He insisted on peace in the country as he actually continued to popularize his bottom-up economic approach.

Just in; New Twist To The Death Of Angnes Tirop After New Details Revealed By Detectives