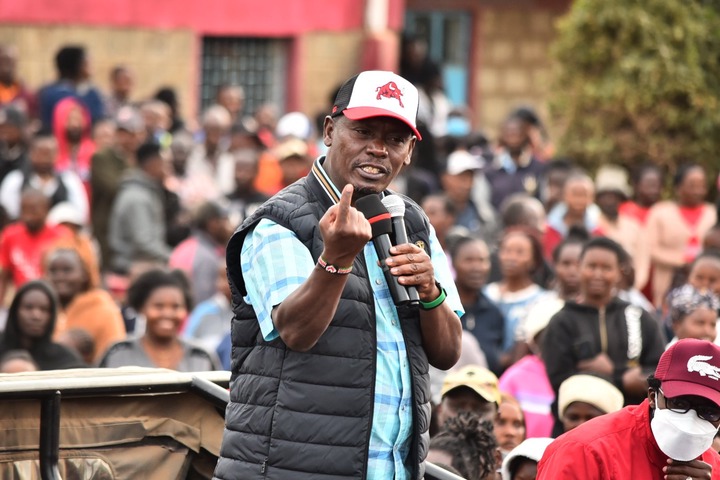 Mwalimu Dida has revealed Moses Kuria is the one who tricked Kabogo the current governor of Kiambu county to leave UDA to Azimio.This has surprised many as no one anticipated the move.He further added that the move has an added advantage to Kabogo's camp.He said on Twitter "Moses Kuria tricked governor Kabogo into leaving UDA.That was emotional blackmail.Well,it worked to the advantage of Hon Kabogo and killed any little chance there was of Kuria being governor now wait and see how many votes Hon Kabogo will get against Kurias." 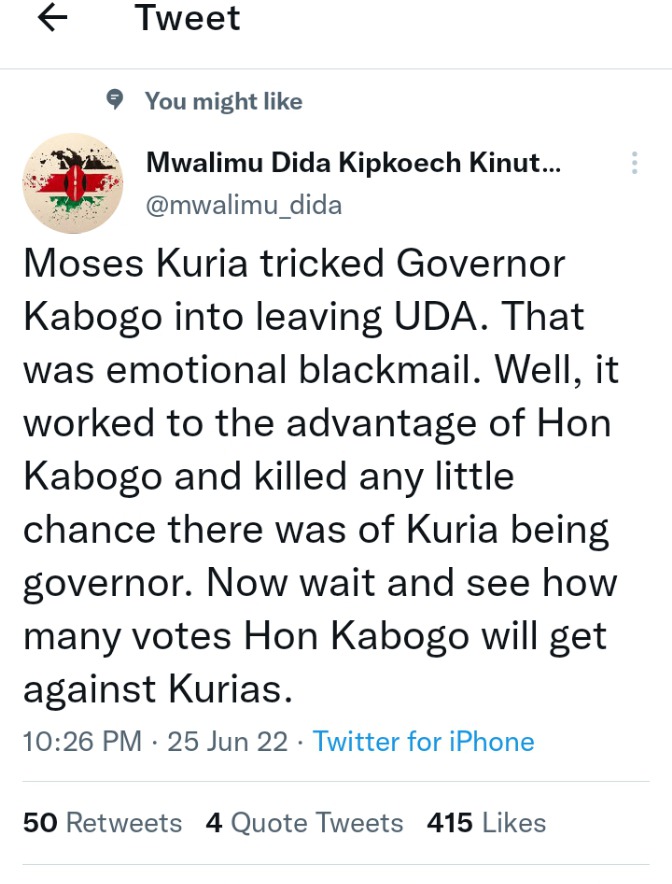 Moses Kiarie Kuria is a Kenyan politician and the current member of Parliament for Gatundu South from 2013. He was re-elected as an MP during the 2017 general elections to serve for a 5-year parliamentary term, running until 2022 He is a member of the Jubilee Party. He was first elected unopposed to the position after it was announced vacant following the death of Hon. Jossy Ngugi, who was elected to represent the people of Gatundu South on TNA party.

Kuria's political career has been marred by controversy. He has been incarcerated severally and charged with hatespeech.His ravaging attacks on Kenya's opposition has created a sharp schism among political protagonists; while the opponents feel that Kuria is a 'loose cannon' who is poised to incite his community against the others, his proponents believe that he is an ardent defender of their interests in the political arena.